© Licensed to London News Pictures. 02/12/2015. Bristol, UK. A man holding placard appearing to be critical of terrorists rather than Governments bombing, at a rally and protest in Bristol city centre, to demonstrate against bombing 'Islamic State' in Syria, on the day the UK Parliament debates a motion for the UK to join in air strikes against 'Islamic State', otherwise known as IS, ISIS, ISIL or Daesh in Syria. Photo credit : Simon Chapman/LNP 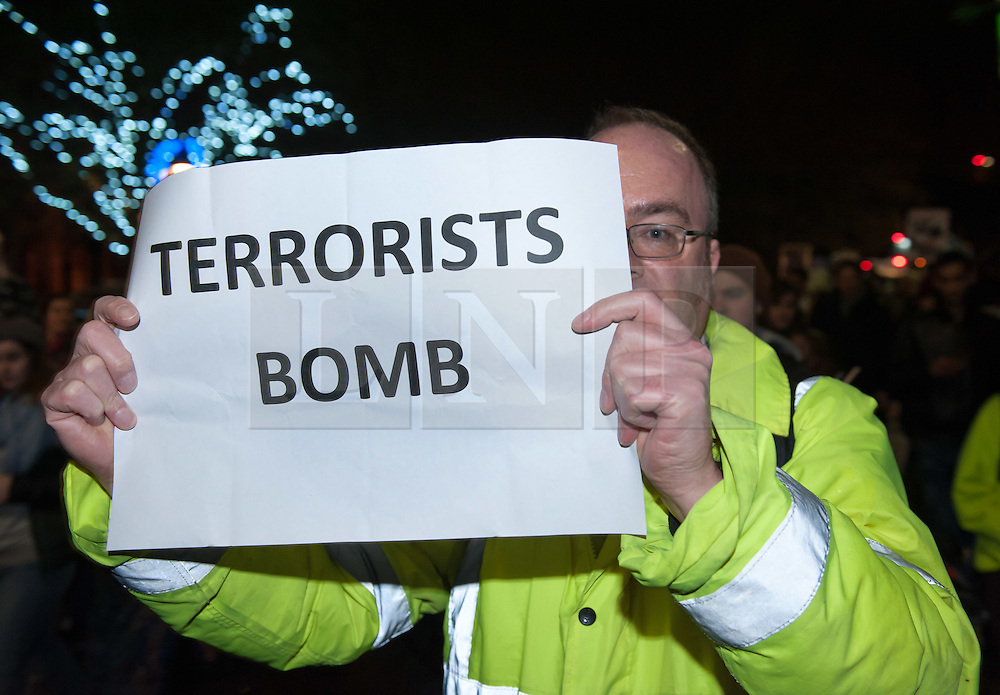