© Licensed to London News Pictures. 18/07/2018. London, UK. An emotional SIR CLIFF RICHARD holds his hands together in prayer as he leaves the Rolls Building of the High Court in London after winning his claim for damages against the BBC for loss of earnings. The 77-year-old singer sued the corporation after his home in Sunningdale, Berkshire was raided following allegations of sexual assault made to Metropolitan Police. Photo credit: Rob Pinney/LNP 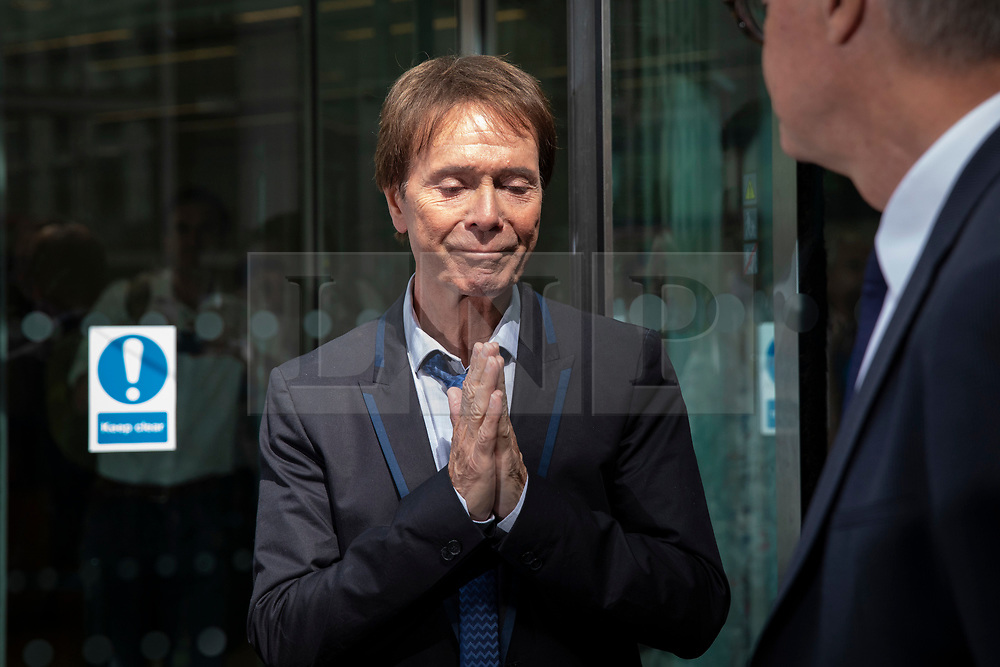