© Licensed to London News Pictures. LONDON, UK 08/06/11. A musician changes his sheet music as the Massed Bands of the Guards Division perform during the opening night of Beating the Retreat on Horse Guards Parade. This year the opening night of Beating the Retreat took place with the American Ambassador receiving the salute. The traditional parade, involving all of the bands of the Household Division of the British Army, dates back to times when, after a day's battle, troops would retreat for the night. Please see special instructions for usage rates. Photo credit should read Matt Cetti-Roberts/LNP 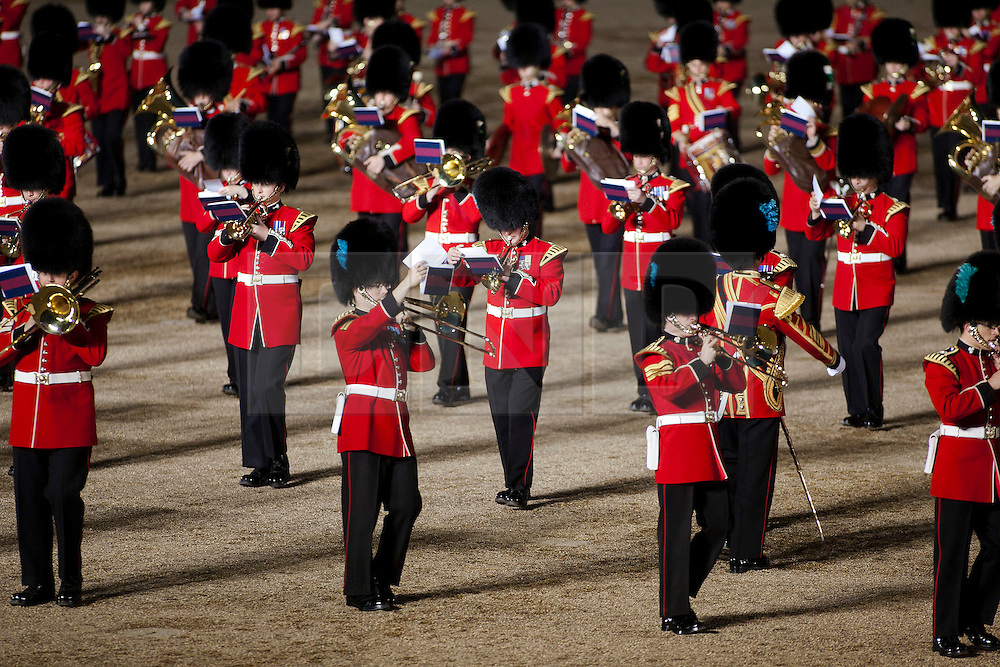