© Licensed to London News Pictures. 19/10/2015. Hinkley Point, Somerset, UK. Officials deliver papers to an Anti-nuclear protest by the group "Osborne's Folly" (after the Chancellor George Osborne), protesting against the proposed new nuclear power station Hinkley C and against Chinese investment in the project. The papers ask the protesters to leave by 5pm or legal proceedings will begin to regain possession of the land. The group has occupied a roundabout near the site and erected an inflatable white elephant with a banner written in Chinese and say they want to send a message to the visiting Chinese President Xi Jinping that EDF’s Hinkley C would be “a bad investment” for the Chinese state. They say that the stalled project has become “Osborne's Energy Folly” and should now be abandoned. Theo Simon, one of the campaigners said: "“Ironically, the Chinese are leading the world in renewable energy investment in their own country, where there is also a growing anti-nuclear movement”. Photo credit : Simon Chapman/LNP 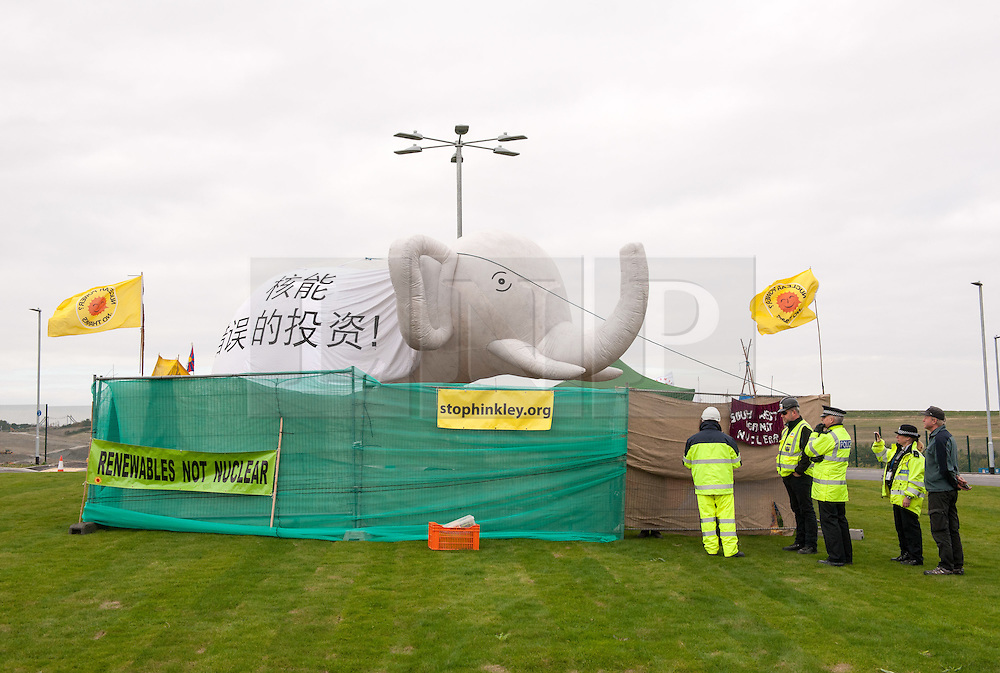