© Licensed to London News Pictures . 04/01/2015 . Manchester , UK . A photograph left attached to flowers left on Charles Street , central Manchester , where a 26-year-old man was found fatally stabbed in the early hours of this morning (4th January 2014) . Police report being called to the scene by an ambulance crew , where they found a crowd of people on the street following a fight that spilled from a nearby club on to the street . Photo credit : Joel Goodman/LNP 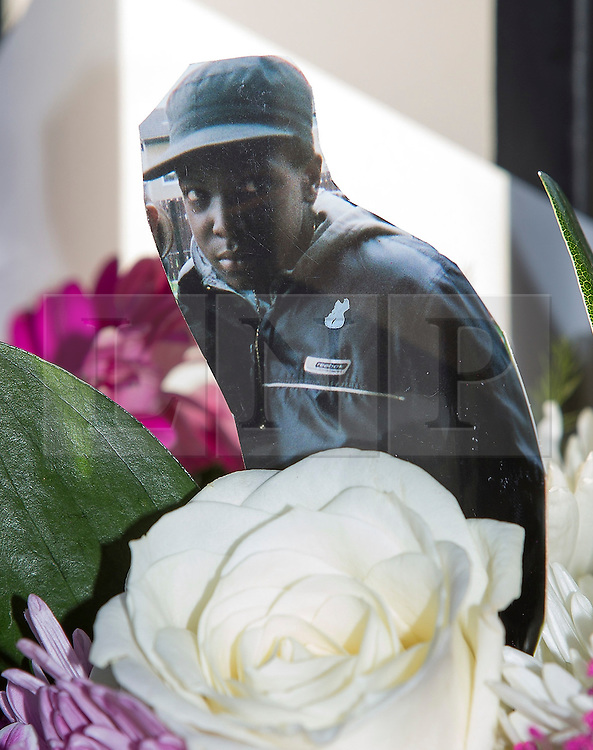