© Licensed to London News Pictures. 18/02/2015. Bristol, UK. Richard and Danny by the entrance to a protest tunnel at the Bristol Metrobus protest. Protesters have dug tunnels as well as tree houses to block the proposed Bristol Metrobus junction off the M32 which will remove trees and allotments on prime agricultural land known as the 'blue finger'. Protesters in the tunnels are called badgers and those in the trees are called squirrels. Bristol City Council has obtained a possession order but as yet the bailiffs have not evicted the campaigners. Photo credit : Simon Chapman/LNP 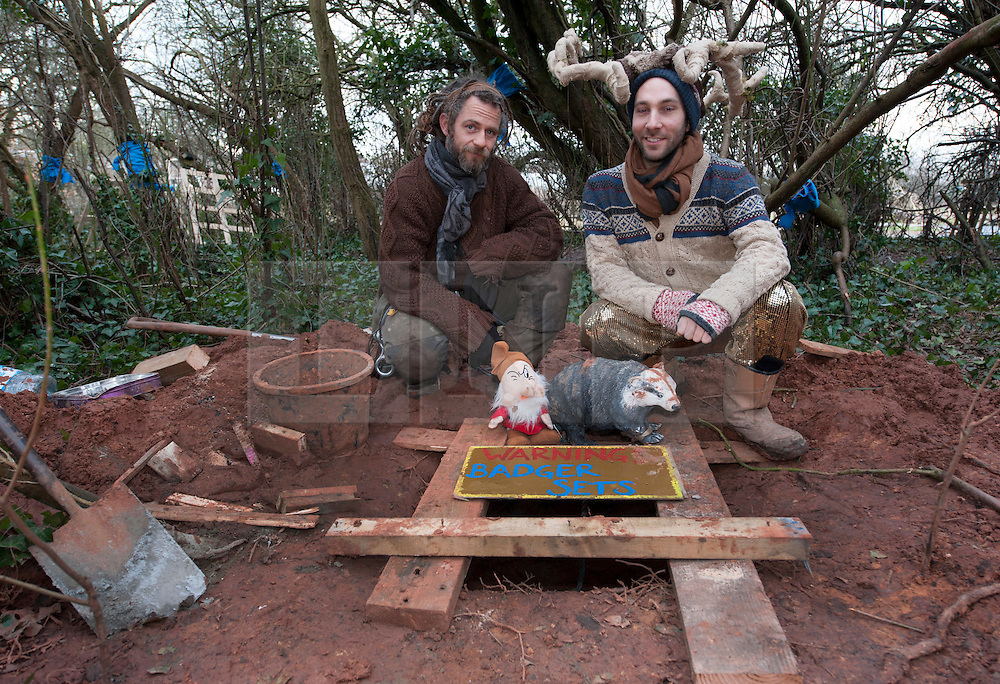