© Licensed to London News Pictures. 29/10/2020. Aylesbury, UK. A light and stand next to a cordoned area on Lavric Road, Aylesbury. Thames Valley Police have launched a murder investigation following an incident in Aylesbury. At approximately 21:30GMT on Wednesday 28/10/2020 police officers were called to Lembrook Walk, Aylesbury not far from the Edinburgh Playing Fields following reports that two men had been assaulted. A man in his twenties was taken to hospital with serious injuries where he later died. Photo credit: Peter Manning/LNP 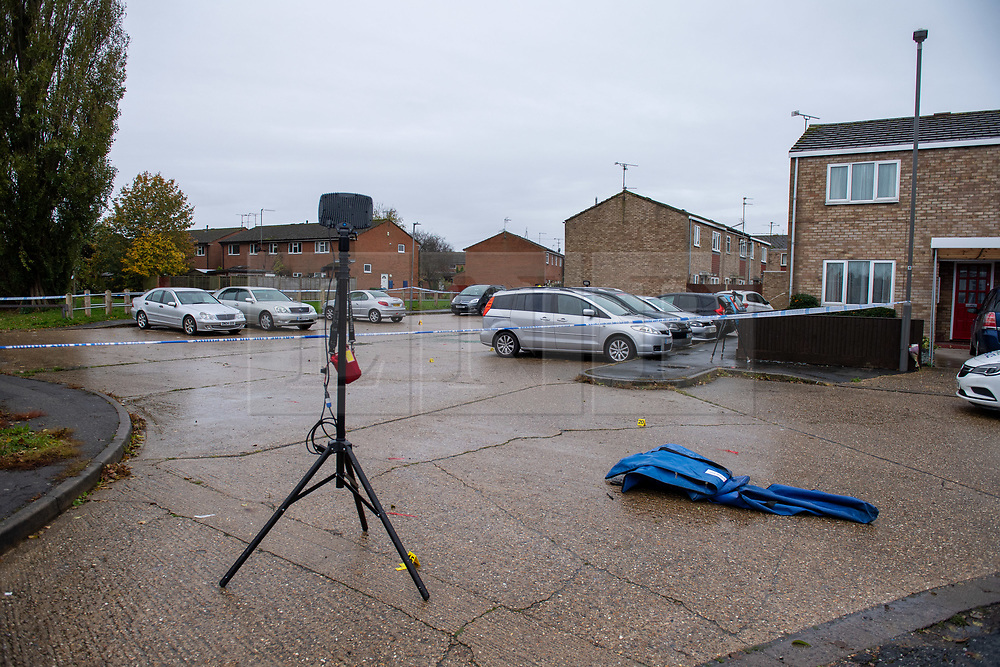