© Licensed to London News Pictures. 13/05/2018. London, UK. Alan Sugar sails his luxury superyacht, Lady A on the River Thames in front of the Tower of London this afternoon after it passed under Tower Bridge and parades in the Upper Pool in central London, before passing under Tower Bridge again and travelling east along the river. Alan Sugar reportedly purchased the 181 feet long yacht in 2015 and renamed her Lady A after his wife, Ann and it includes a jacuzzi and can sleep up to 12 guests. Lady A is reportedly still up for sale at around £13m after being put on the market last year, or it can be chartered with prices starting from around £12,500 per week. . Photo credit: Vickie Flores/LNP 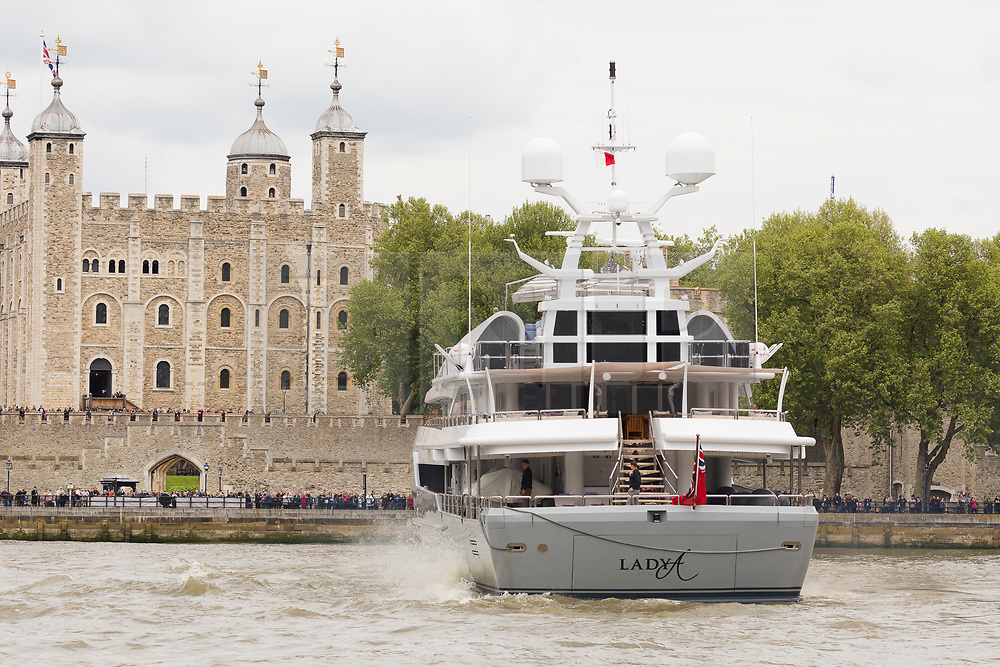