© Licensed to London News Pictures . FILE PICTURE DATED 09/08/2011. Camden , UK . A group of riot police walk in one direction on Camden High Street as a man with a hooded sweatshirt , talking on his mobile phone , walks by them in another , during a standoff between rioters and police after shops in Camden Town were smashed and looted . Following a first night of riots and looting in Tottenham , rioting and looting spreads to other areas . Photo credit : Joel Goodman/LNP 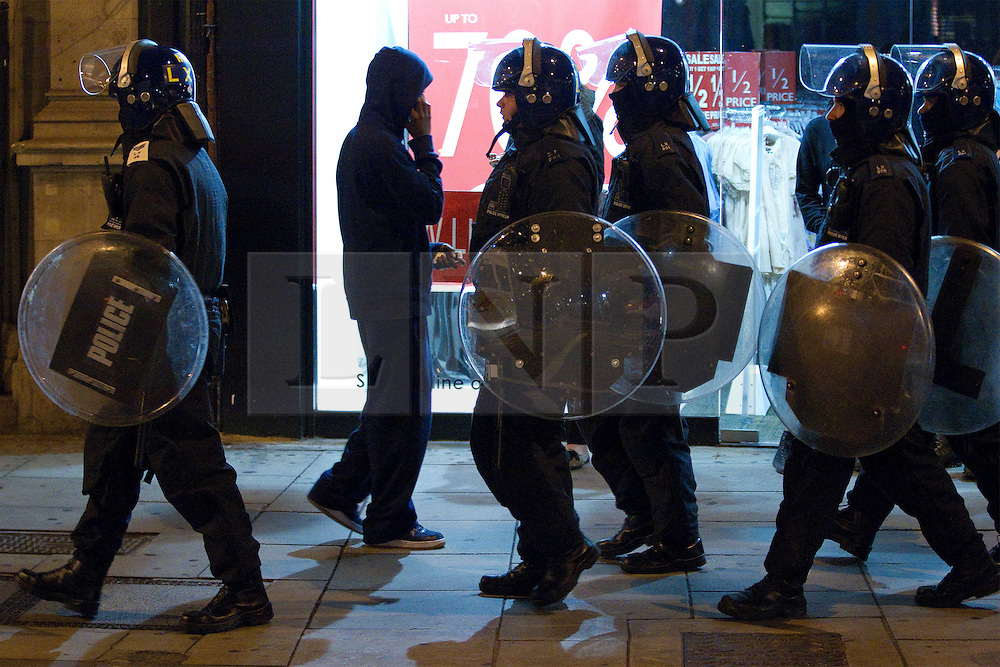