© licensed to London News Pictures. London, UK 08/05/11. Staff remain at their posts when protesters occupied Fortnum and Mason during protests on 26th March. A protest is due to be held outside a City of Westminster Court hearing tomorrow (9th May) in support of UKUncut protesters who occupied Fortnum and Mason during protests in London on 26th March. Protesters say the 26th March demonstration in Fortnum & Mason was peaceful, that they were protesting lawfully, that police told them they'd be free to leave before arresting them and that they should not be prosecuted. FILE PICTURE DATED 26/03/2011. Please see special instructions for usage rates. Photo credit should read Joel Goodman/LNP 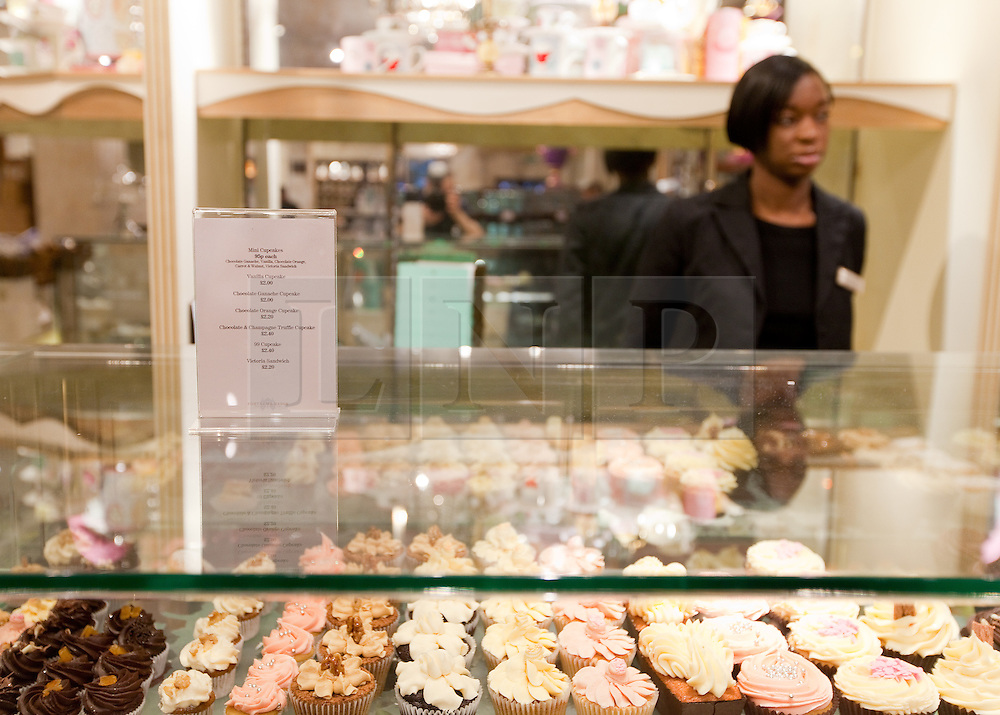