**Incident reported to be connected with the death of Multi-millionaire hotelier Sir Richard Sutton in Dorset**
© Licensed to London News Pictures. 08/04/2021. London, UK. Forensic investigators survey the scene standing next to a knife, jeans and shoes on Chiswick High Road following a incident in which a vehicle was stopped by armed police at approximately 22:30hrs on Wednesday 07/04/2021 when police approached the vehicle, officers discovered the lone male occupant had sustained a number of serious self-inflicted injuries. First aid was commenced immediately and the London Ambulance Service were called. The male has been taken to a west London hospital. Photo credit: Peter Manning/LNP 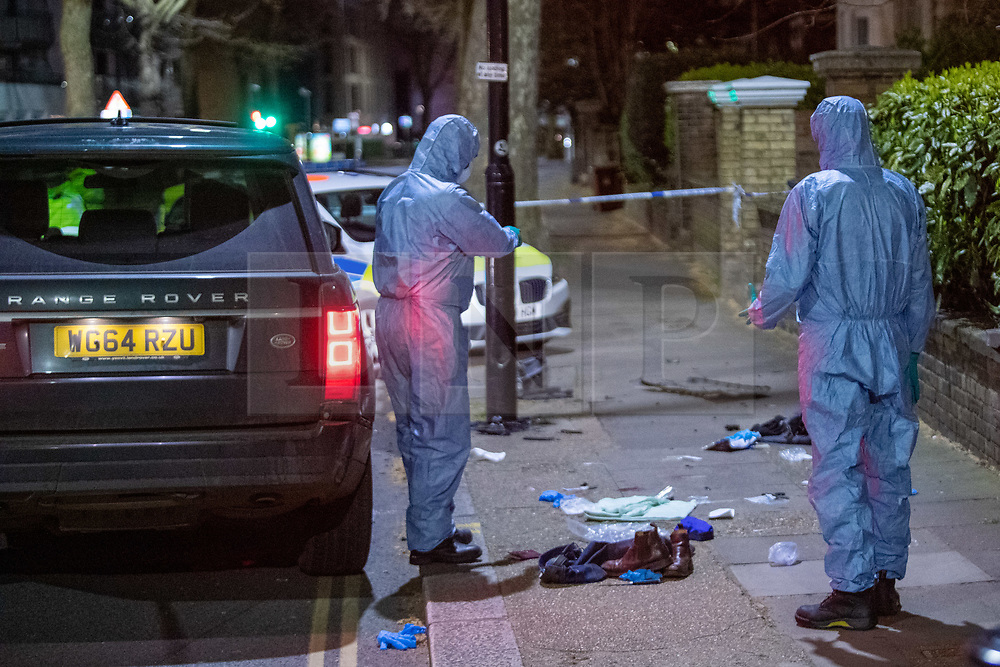