© Licensed to London News Pictures. 09/11/2018. London, UK. A member of the“Unshrinkables” wears his United Arts Rifles Volunteers badge as he gathers for a drill practice in the Royal Academy of Arts Courtyard. At the outbreak of WW1 in 1914, the original members of the United Arts Rifles – a volunteer force comprised of artists from the Chelsea Arts Club – responded to a call to duty. The group didn’t have uniforms, so they bought their own “unshrinkable” white woollen jumpers and hats, and drilled using wooden planks and broomsticks instead of guns. They paraded in the courtyard of the Royal Academy, and were given use of some of the galleries as a mess. The group has been in existence since 1914, and each Remembrance Day the members gather together to parade in the courtyard of The Royal Academy. Photo credit: Peter Macdiarmid/LNP 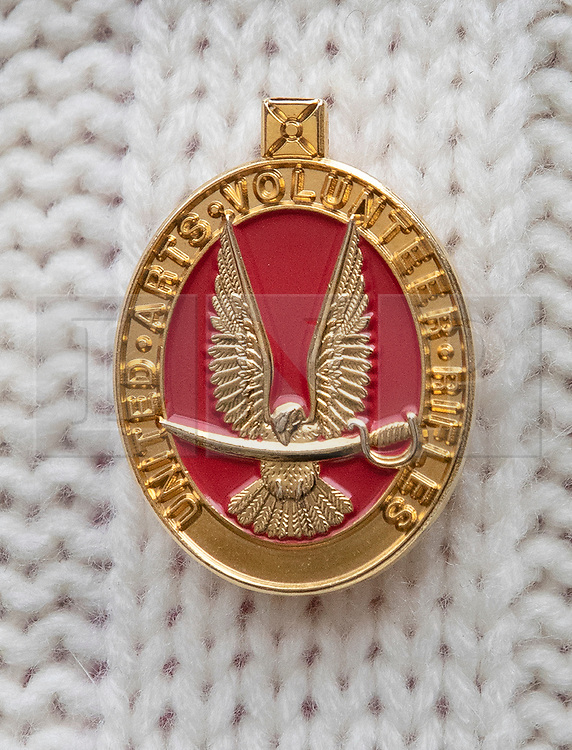