© Licensed to London News Pictures. 28/09/2014. Al-Yarubiyah, Syria. A home made 12.7mm sniper rifle (.50 caliber), fabricated by Syrian-Kurdish YPG fighters, is seen near a firing position in use against ISIS insurgents in Rabia, Syria. 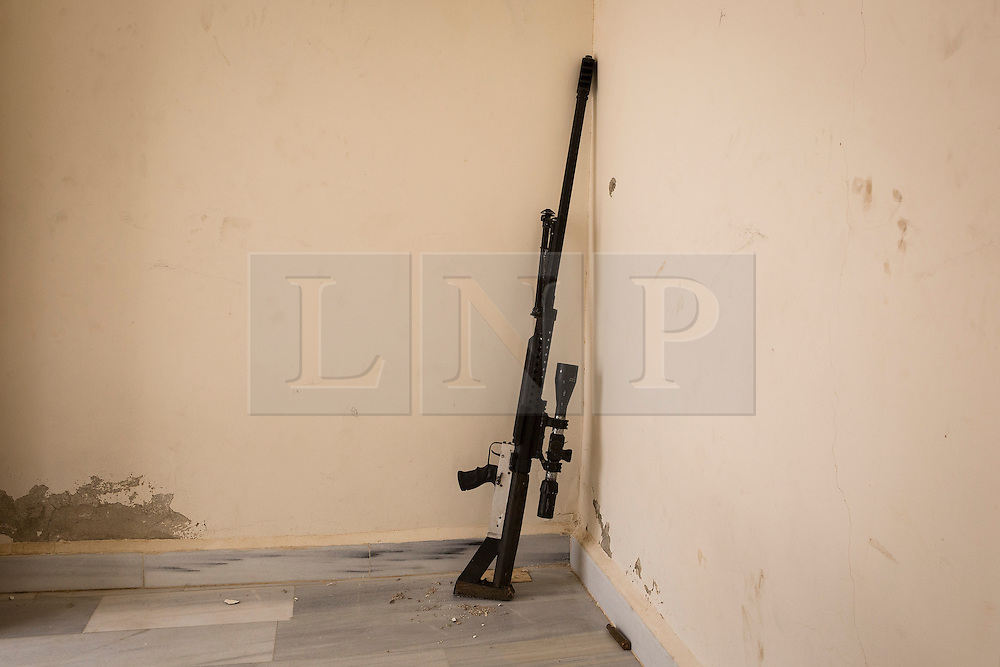