© Licensed to London News Pictures. 17/01/12. FILE PICTURE The MOD has announced Up to 2,900 Army, 1,000 RAF and 300 Royal Navy staff to be made redundant in latest UK defence cuts. Sgt Alex Stayling is a part of the RAF Aircrew team that man the chinook. As he prepares the helicopter to land he checks the area to ensure that the landing site is safe from enemy fire. The RAF Regiment's Medical Emergency Response Team (MERT) is made up of two teams based in 'Main Operating Base Bastion', they are responsible for extracting casualties from anywhere within Helmand Province. The MERT consists of a doctor, an emergency department nurse and two paramedics. In addition four Royal Air Force Regiment gunners provide armed protection when they land and leave the helicopter to collect the casualty. Caption must read Alison Baskerville/LNP... 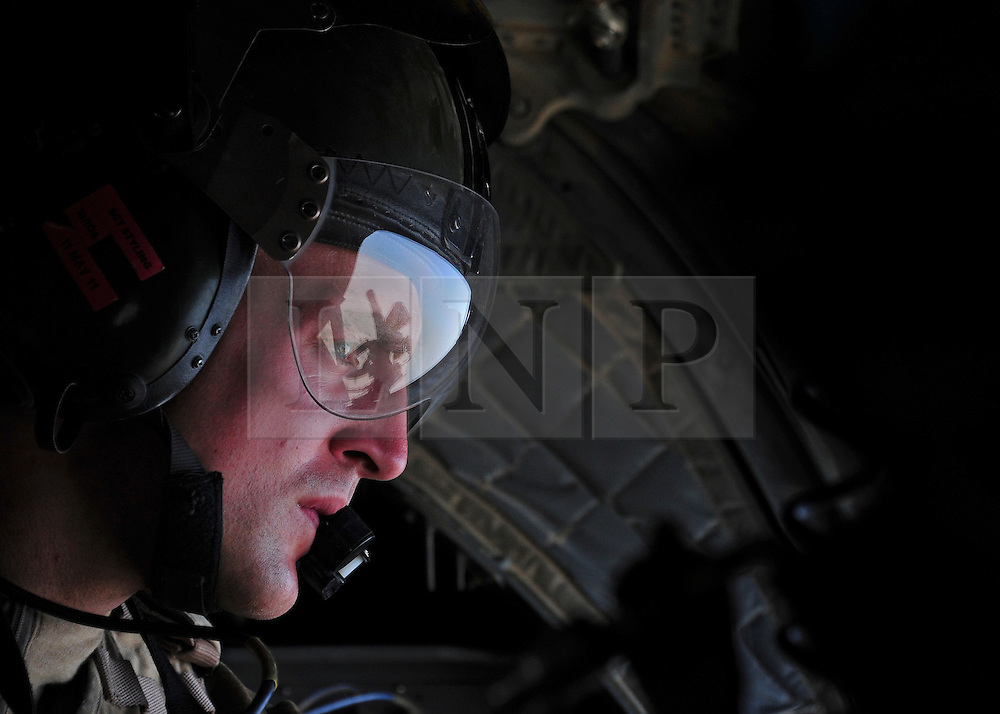