© Licensed to London News Pictures.10/1/2015.Sharnford, Leicestershire, UK. The annual plough tour by the Hinckley Bullockers took place today.Pictured, Steve Robinson, left, adds the red dye to his face, the tradition stems from when farmers marked their sheep to stop them being stolen. Visiting seven venues around Leicestershire the Bullockers, some with with red painted faces, are seen pulling their decorated plough along the street before stopping to perform traditional dances. 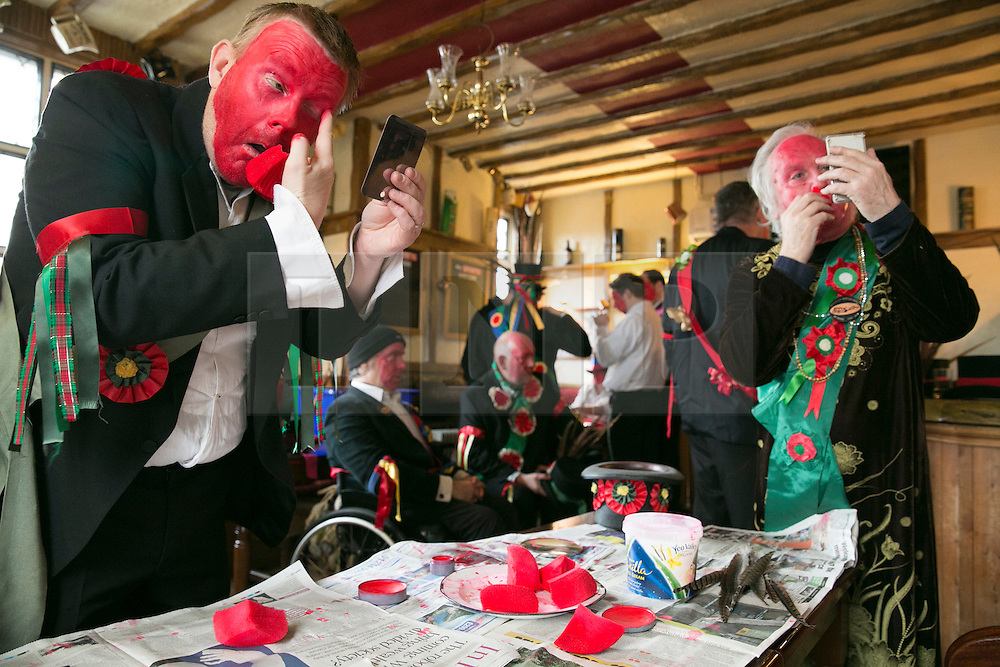