© Licensed to London News Pictures . 21/07/2014 . Nottinghamshire , UK . An overturned car and, behind, a tarpaulin has been erected , as fire crew look on . Police , fire crew and ambulances on the A1 road in Ranby yesterday morning (21st July 2014) following a fatal multi vehicle accident . Leroy and Sheila Carrington (aged 68 and 58) died at the scene when the Peugot 206 they were driving collided with a Vauxhall Astra . Roderick Franks (58) , who was a passenger in the Astra , died in hospital , following the crash . The road was closed in both directions whilst police investigated the scene . Photo credit : Joel Goodman/LNP 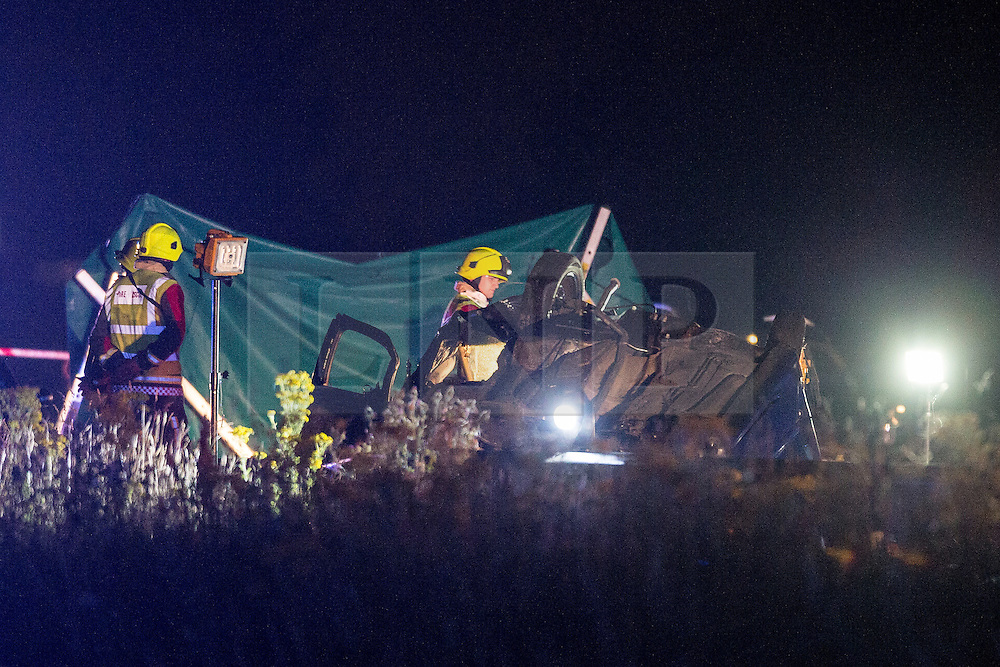