© Licensed to London News Pictures. 02/04/2012. Performance artist and human rights activist Milly Fish (at rear on ledge) takes part in a protest against unmanned aerial vehicles or drones used for military operations in Afghanistan and elsewhere and for surveillance in the UK. The protest was outside a conference on UAVs at Armada House in Telephone Avenue in central Bristol. Police made several arrests...Photo credit : Simon Chapman/LNP 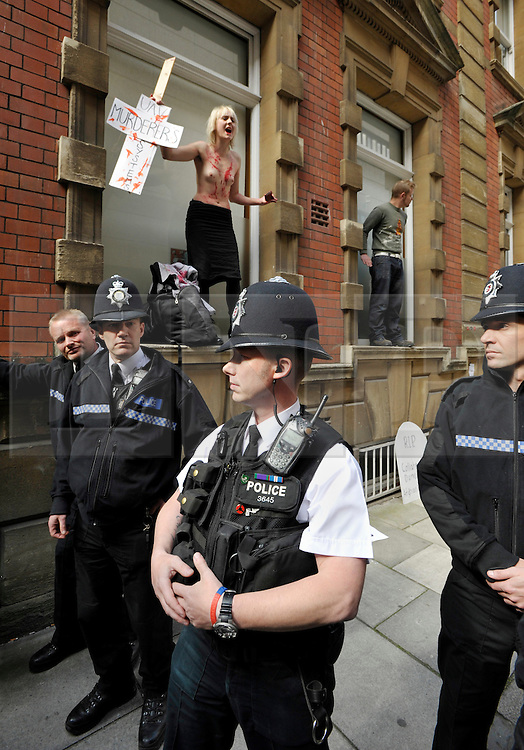