© Licensed to London News Pictures. 19/04/2012. London, UK .A man climbs onto the stern to prepare the barge. The Royal barge Gloriana is lowered into the River Thames today for the first time. Gloriana was designed to resemble vessels in Canaletto's famous painting of an 18th century river pageant on the Thames Gloriana will be rowed by eighteen oarsmen, including Britain's Olympian Sir Steven Redgrave. It will lead a pageant of more than 1,000 boats will sail down the Thames on June 3 to mark the 60th anniversary of Her Majesty's reign . Photo credit : Stephen Simpson/LNP 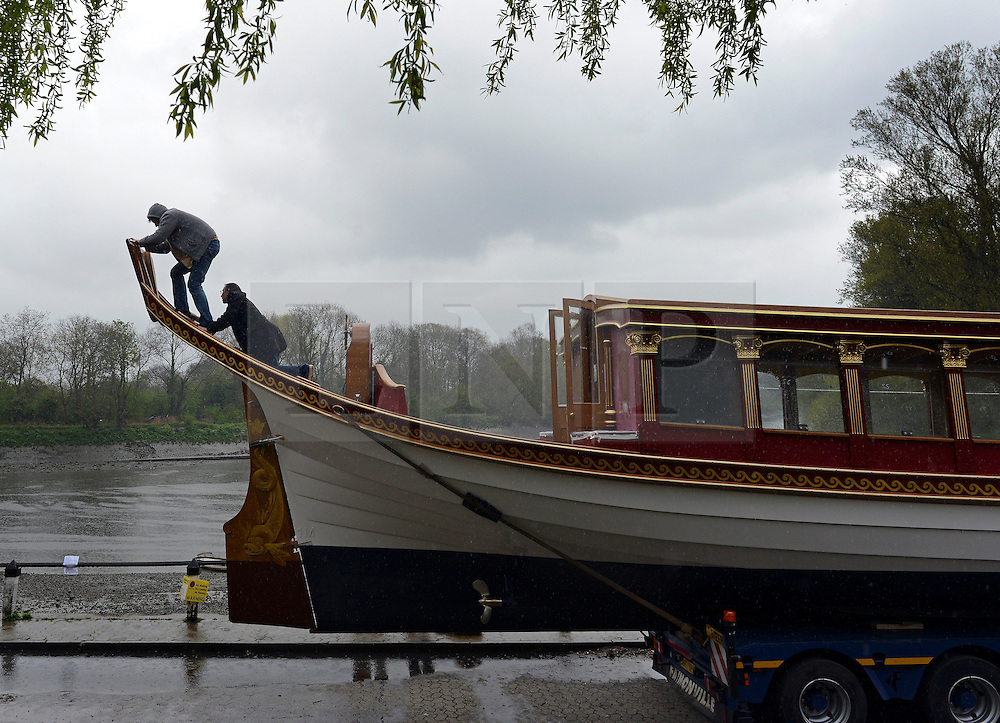