© Licensed to London News Pictures. 02/06/2017; Torbay, Devon, UK. Torbay Airshow 2017. Press call for Launch of the 2017 Torbay Airshow. An Autogyro performs a display over Tor Bay ahead of the 2017 Torbay Airshow. The Autogyro flying display, also known as a Gyrocopter or Gyroplane, is described as a flying windmill or a rotating parachute which looks like a sycamore seed gently floating down as it spins. The 2017 Torbay Airshow is set to return this weekend on Saturday 3 and Sunday 4 June with an action packed programme of world class air displays. The world’s premier aerobatic team The Red Arrows will be debuting a new routine in the first display of their season, featuring their trademark combination of close formations and precision flying. The full display programme for the weekend begins on the Saturday between 2-3pm with The Tigers Freefall Parachute Display Team, Team Raven Aerobatic Display Team, the Percival Piston Provost and the Strikemaster. From 3-4pm will be the highly anticipated display by the Red Arrows, former British Female Aerobatic Champion Lauren Richardson in her Pitts Special S1-S and world aerobatic competitor Gerald Cooper in his Xtreme XA41. Finishing off the action packed afternoon from 4-5pm will see displays from the AutoGyro, the Battle of Britain Memorial Flight aircraft, the PBY5A Catalina seaplane, The Blades and the Royal Air Force’s Typhoon FGR4. Sunday afternoon will see each of the aircraft take to the skies again before the weekend closes with a final display from the RAF Chinook team. The two day show, which had its inaugural event last year, takes place on Paignton Green with the Bay providing a stunning natural amphitheatre for viewing the air displays and the perfect location for a large coastal airshow event. To stay up to date with the latest Torbay Airshow news and updates follow @torbayairshow on Facebook, Twitter and Instagram or visit www.torbayairshow.com. Picture credit : Simon Chapman/LNP 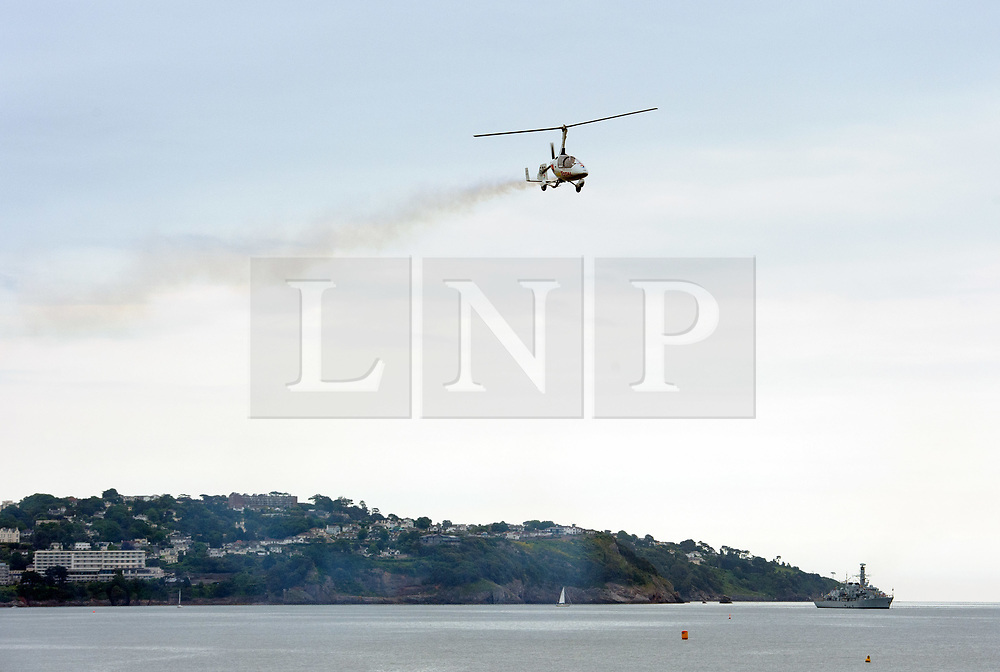