© Licensed to London News Pictures. 15/05/2019. York UK. Nick Teed prepares to remove a 600 year old stained glass window from York Minster. Work is starting today to protest 600 year old stained glass windows at York Minster as part of an £11 million conservation project. The major project to repair and maintain stone and stained glass in the cathedral’s South Quire Aisle, which dates from the late 1300s, originally began in 2016, with activity to date focusing on replacing and conserving stonework. Specialist conservators from York Glaziers Trust are now beginning work to protect the area’s medieval stained glass, starting with the removal of two windows from the upper Clerestory level. The windows, which date from the early 1400s and are approximately 70 feet from the ground, currently have no protection from the elements and are showing the signs of six centuries of exposure, with the glass having cracked and buckled in places allowing water in.Photo credit: Andrew McCaren/LNP 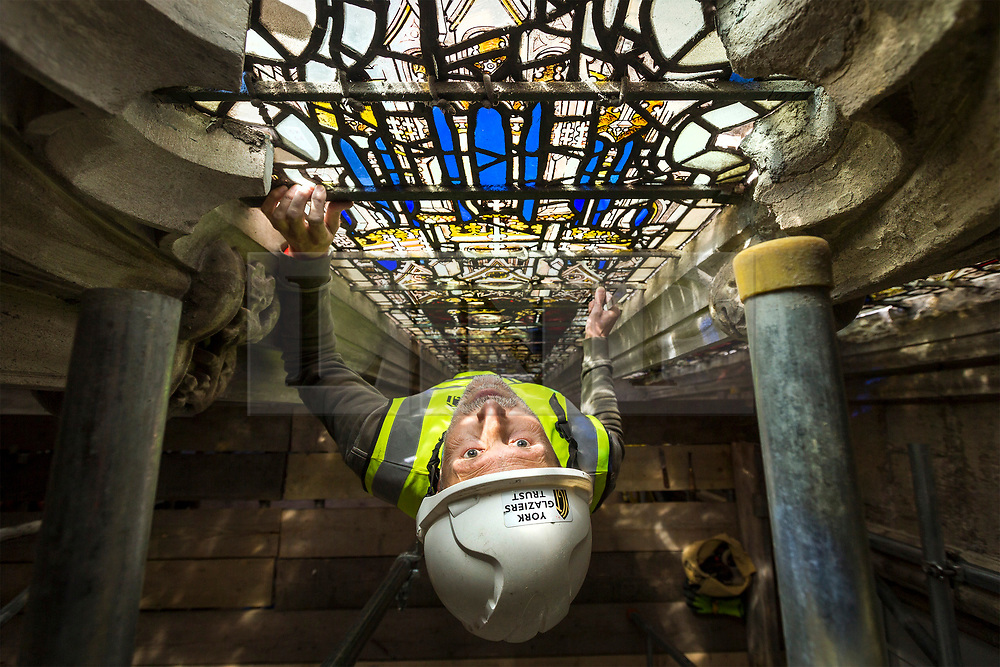