© Licensed to London News Pictures. 24/10/2013. RAF Northolt, Middlesex, London. Young soldiers enjoy cheer the Saturdays as they take part in the 2013 Royal British Legion Poppy Appeal launched at a special concert in a busy military base in London this evening. Members of the Armed Forces and their families were entertained by a number of performers which included the Saturdays, Union J, Tich, the Luminites and the first all girl group formed from Armed Forces families, The Poppy Girls. 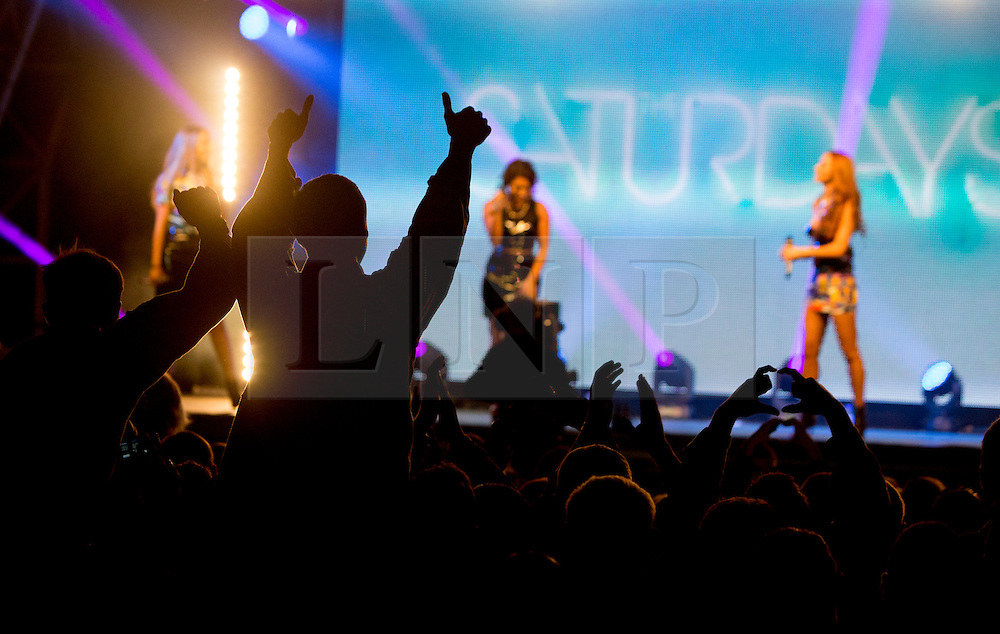