© Licensed to London News Pictures. 13/11/2018. London, UK. A police car outside a house in Applegarth Drive, Ilford where a murder investigation has been launched in Redbridge following the death of a 35 year old woman. Police were called at approximately 07:40hrs on Monday 12th November to reports of a disturbance at an address in Applegarth Drive, Ilford where police and ambulance services attended and found a 35-year-old woman suffering an abdominal wound/injury who was taken to an east London hospital, where she was sadly pronounced dead at 11am. A 50-year-old man was arrested at the scene on suspicion of attempted murder and taken to an east London police station where he was subsequently further arrested for murder.. Photo credit: Vickie Flores/LNP 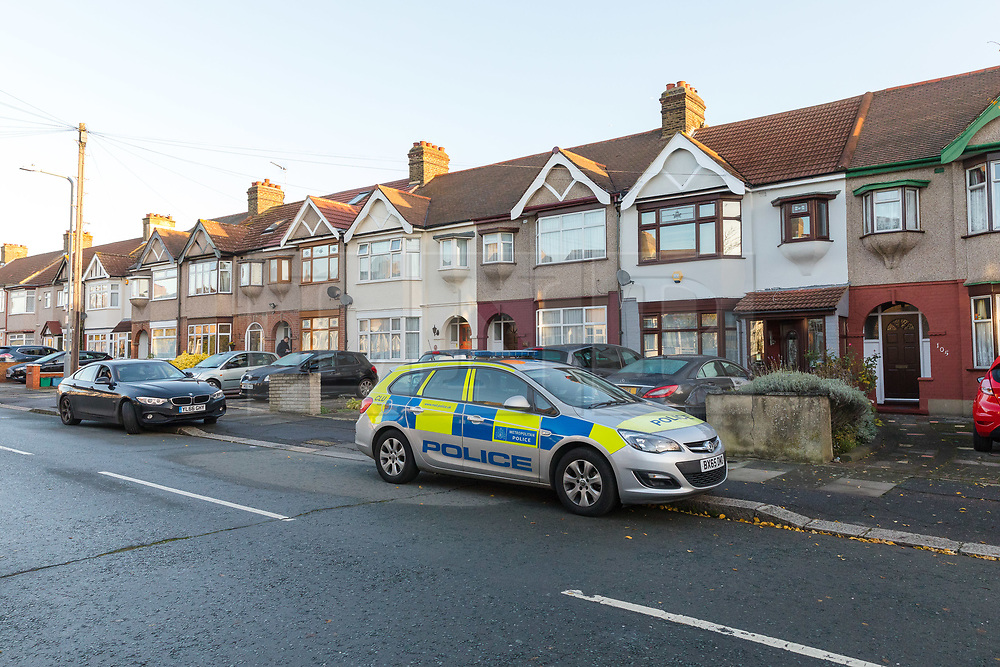