© Licensed to London News Pictures. 14/05/2019. London, UK. Large crows of media and supporters as political activist Stephen Yaxley-Lennon - also known as Tommy Robinson - arrives at the Old Bailey. Judges are expected to hear an application by the Attorney General for a new case against Yaxley-Lennon, after judges last year overturned a finding against him for contempt of court, after he was accused of filming people in a criminal trial in Leeds and publishing the footage on social media. Photo credit : Tom Nicholson/LNP 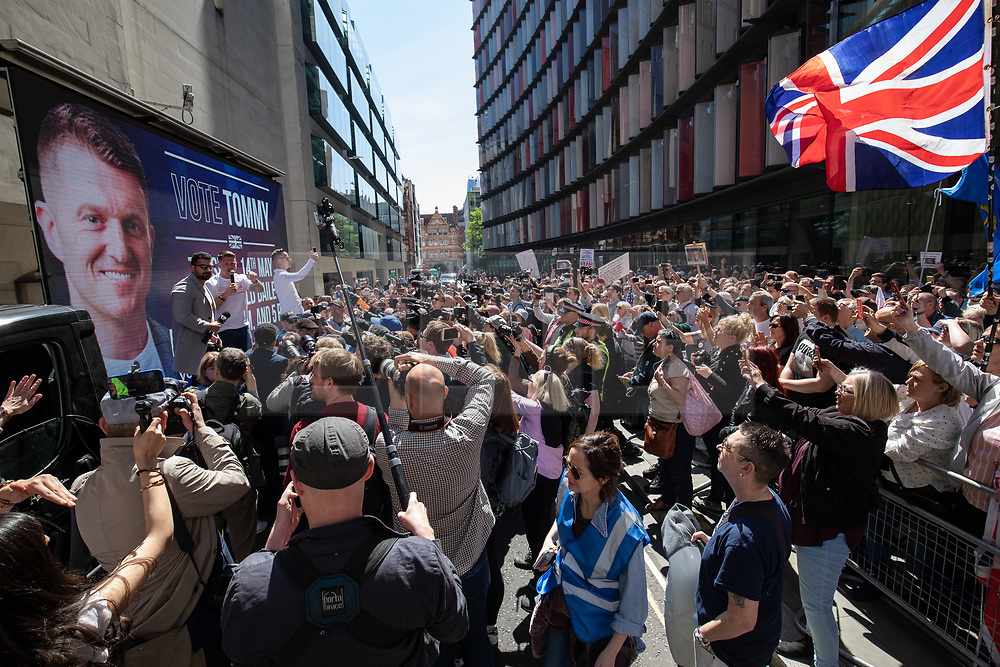