© Licensed to London News Pictures. 08/08/2018. Bristol, UK. England cricketer BEN STOKES arrives at Bristol Crown court today past media and police for the third day of his trial on charges of affray that relate to a fight outside a Bristol nightclub on September 25 2017. Stokes and two other men, Ryan Ali, 28, and Ryan Hale, 27, all deny the charge. Stokes, Ali and Hale are jointly charged with affray in the Clifton Triangle area of Bristol on September 25 last year, several hours after England had played a one-day international against the West Indies in the city. A 27-year-old man allegedly suffered a fractured eye socket in the incident. Photo credit: Simon Chapman/LNP 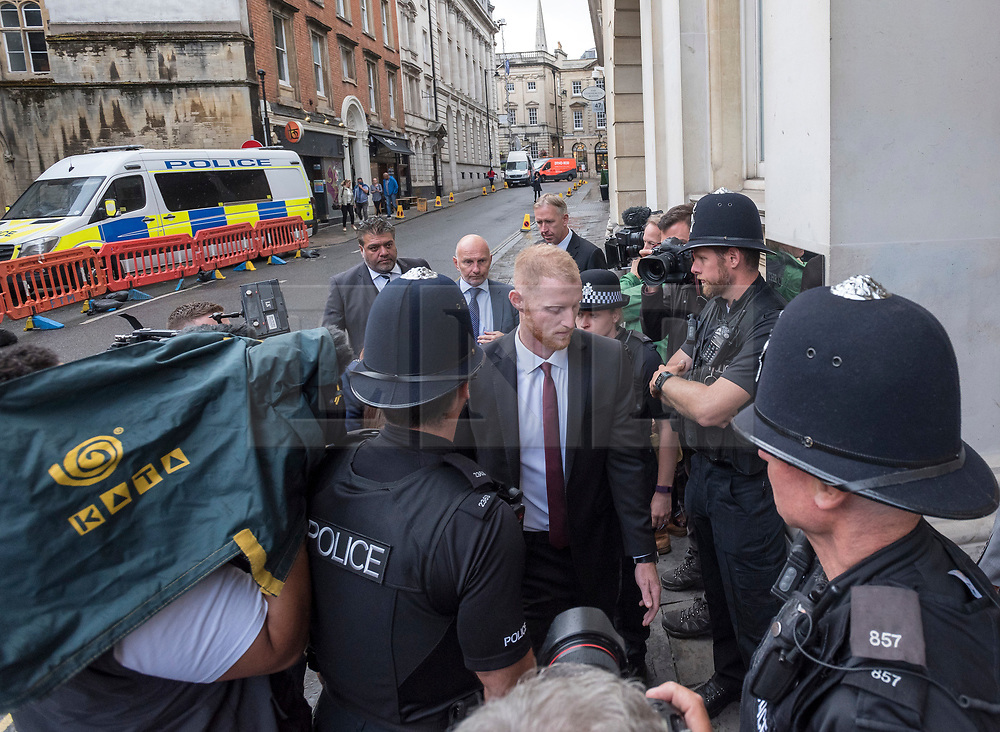