© Licensed to London News Pictures. 18/05/2017. Halifax, UK. A photograph of British prime minister THERESA MAY attached to a picture of a darker, held up a demonstrators at the launch event for the Conservative Party manifesto at The Arches in Halifax, West Yorkshire. The Conservatives are the last of the three main parties to launch their manifesto ahead of a snap general election called for June 8, 2017. Photo credit: Ben Cawthra/LNP 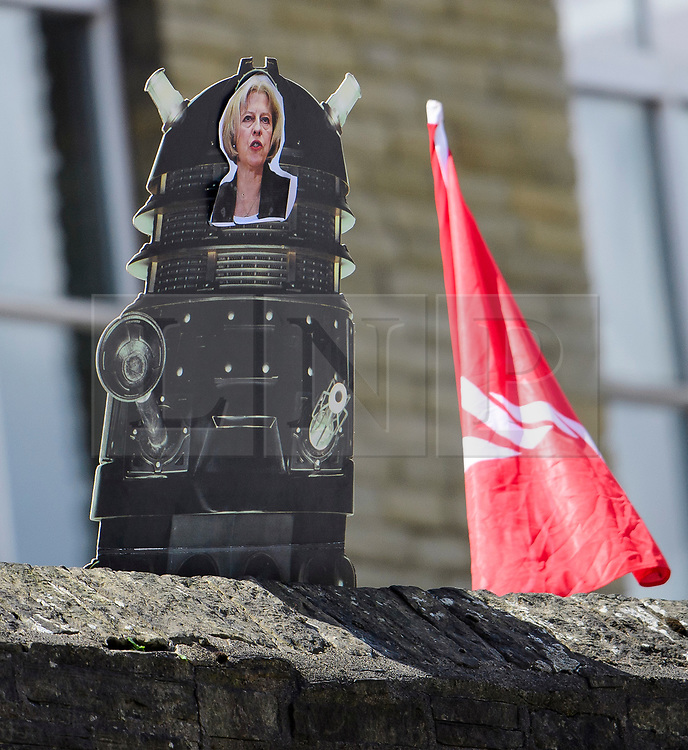