© Licensed to London News Pictures. 04/11/2016. Hamdaniyah, Iraq. Christian militiaman Salam Idris, hangs a picture of his late father, on the wall of his family home in the recently liberated town of Hamdaniyah, Iraq. The picture was taken down and damaged by Islamic State militants when they occupied the house and employed it as a factory for improvised mines. 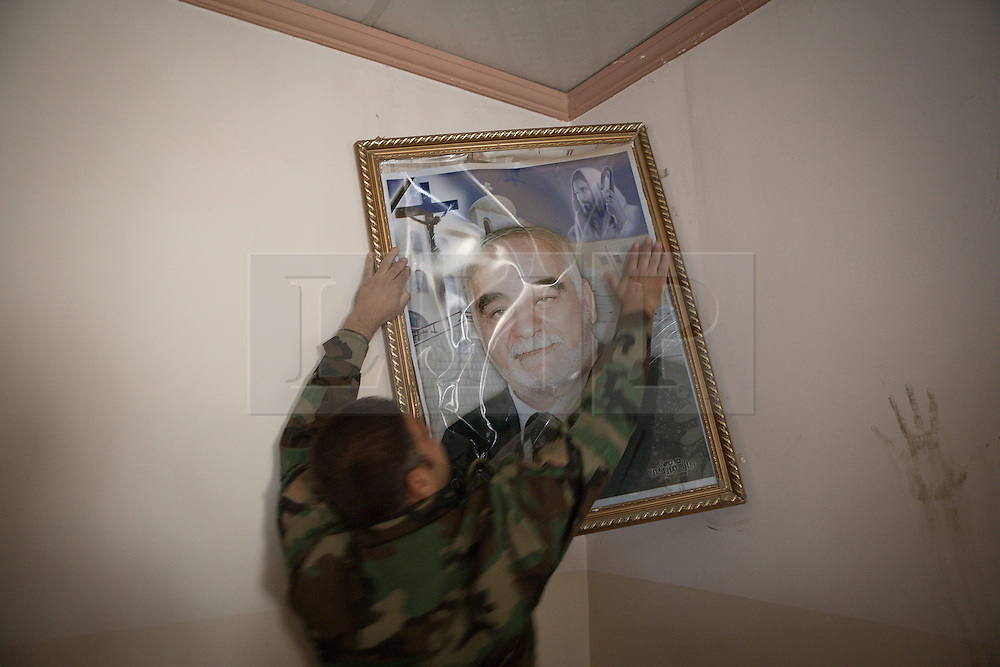