© Licensed to London News Pictures. 21/04/2018. London, UK. The scene in north London where two men were stabbed in the early hours of this morning. Police were called at around 03:00hrs on Saturday, 21 April, to reports of a stabbing on Seven Sisters Road. Officers and London's Air Ambulance attended the scene. A 21-year-old man was found at the scene suffering from stab wounds.
A short distance away a second man, aged 20, was found suffering stab injuries in Roth Walk, N7. Despite the efforts of medics, he was pronounced dead at the scene at 03:43hrs. Photo credit: Tolga Akmen/LNP 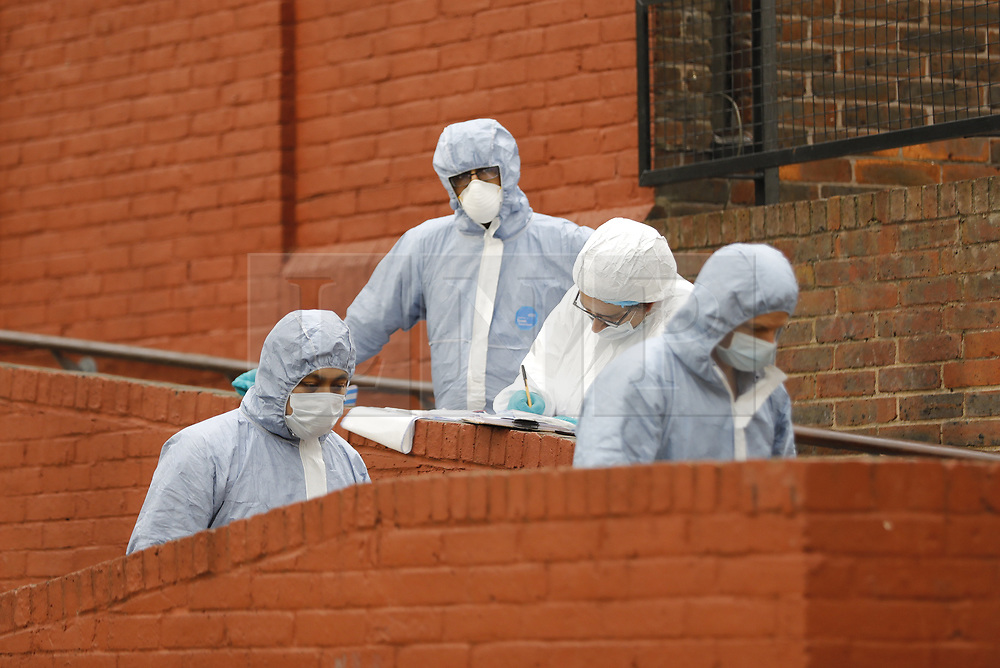