© Licensed to London News Pictures. 09/11/2013. The new Lord Mayor of the City of London has been carried along the Thames on board the Queen's row barge Gloriana. The vessel was accompanied by a flotilla of river craft as it transited through Tower Bridge and then the new mayor Fiona Woolf - only the second female to have the position in its 800 year history - disembarked the row barge and at HMS President she inspected Royal Navy reservists and took part in a historic Rum Ceremony. The annual Lord Mayor's show will continue around the streets of the Square Mile. Credit : Rob Powell/LNP 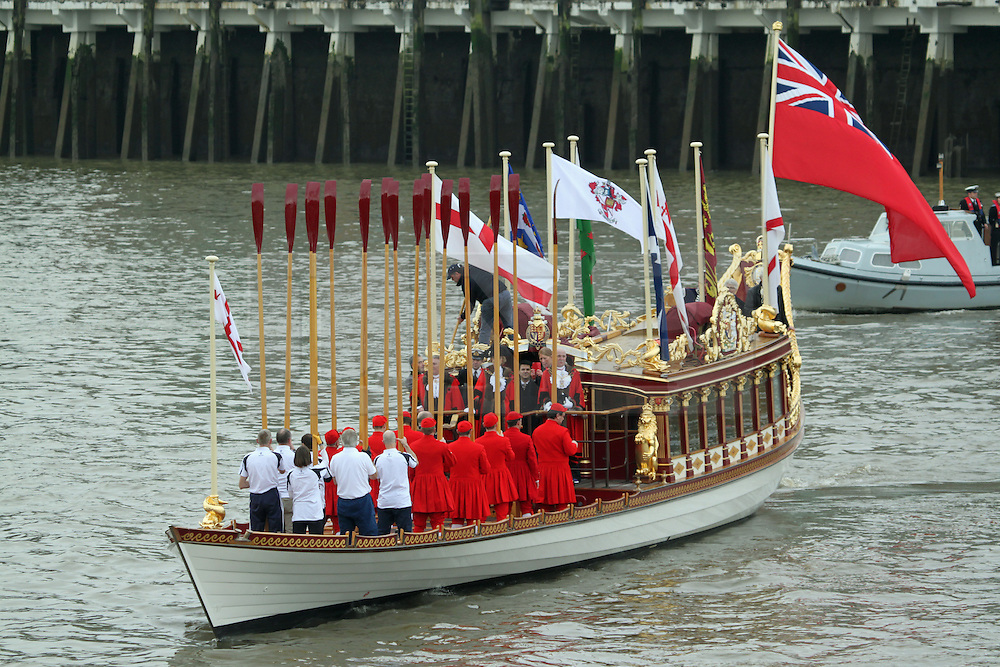