© Licensed to London News Pictures; 04/06/2021; Bristol, UK. Bailiffs accompanied by around 100 police repossessed several buildings on High Street in the city centre which had been squatted, some since March. Officers had to remove barricade material from inside the building that the squatters had used to block entry, but those occupying the buildings had already left. Number 39 on High Street was the first building taken over, in March 2021 followed by numbers 45 and 46 which were been occupied. Yesterday a month-long closure order was put in place after police said there has been criminality and antisocial behaviour and owners had complained of damage to property. Police say there is a lot of litter and graffiti inside the buildings and there are reports of some extensive damage with a wall knocked down inside. Squatters had hung banners on the buildings including one saying "Criminalising shelter is state violence" and campaigned against the Police Crime Sentencing and Courts Bill as part of the Kill the Bill campaign against criminalising squatting. Graffit saying "Cops protest my rapist and kick me out of my home" could be seen on the wall of one of the premises that had been squatted. Photo credit: Simon Chapman/LNP. 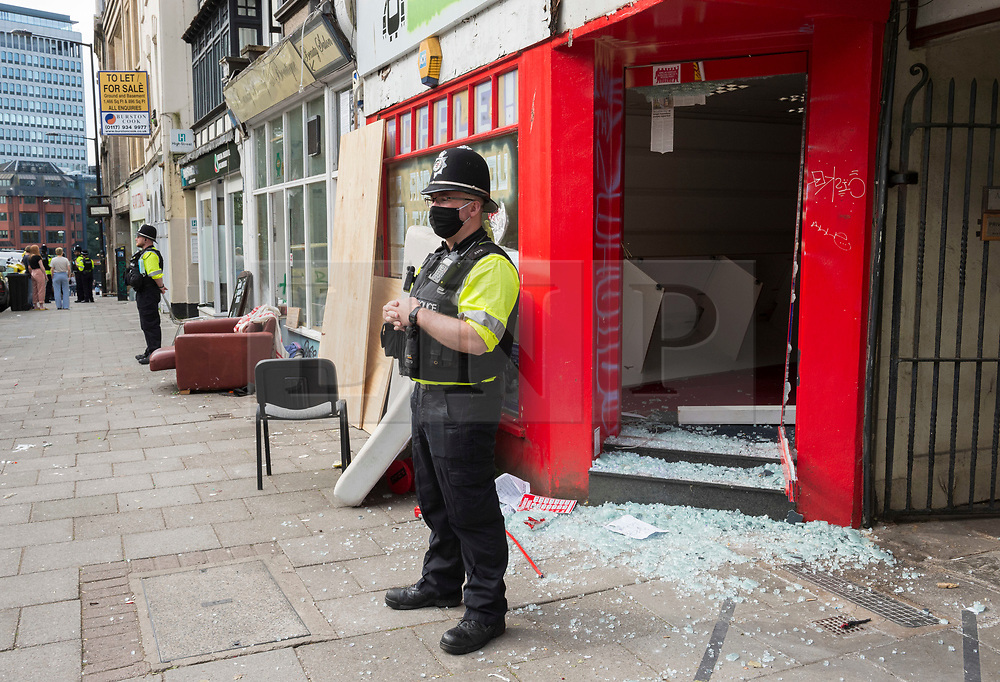