© Licensed to London News Pictures. 31/10/2019. London, UK. Two discarded bicycles at the entrance to Westglade Court, Harrow where police were called at 19:13GMT to reports of a man having been attacked. Metropolitan Police officers attended with London Ambulance Service and found a man, aged in his 30's, suffering from a stab injury to his hand. Another man, also aged in his 30's, was found with a stab injury to his head. Both have been taken to hospital by LAS with non-life-threatening injuries. Photo credit: Peter Manning/LNP 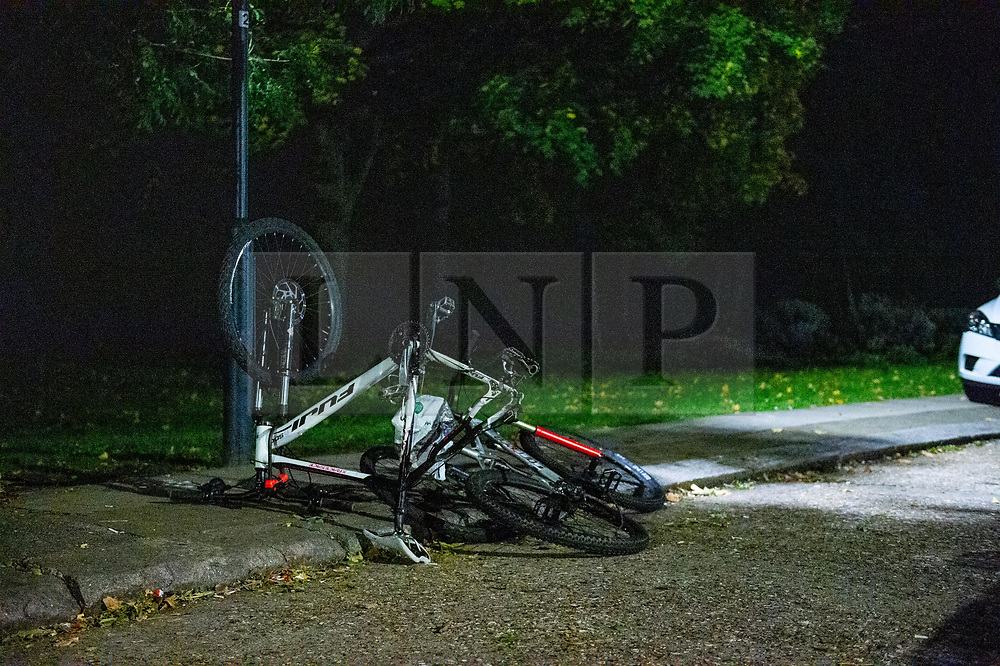