© Licensed to London News Pictures; 06/09/2020; Bristol, UK. An All Black Lives UK "Comeback March" and rally takes place through Bristol city centre. Organisers of the Bristol protest have encouraged people to bring PPE (personal protective equipment). The All Black Lives group is youth-led and is separate to the Black Lives Matter movement, but both are united in striving for racial equality. All Black Lives UK are holding 'Comeback Marches' at several locations across the country today, including London, Bristol and Manchester, and have issued a series of demands: to end racial discrimination in the criminal justice, reform the education system, end racial health disparities, implement review recommendations, and stand with the Black community in the US. In Bristol the statue of slave trader Edward Colston was pulled down with ropes and thrown into Bristol docks on 07 June during an All Black Lives/Black Lives Matter protest that made headlines around the world. A month later in July a new sculpture titled "A Surge of Power (Jen Reid) 2020" by artist Marc Quinn was put up without permission from Bristol City council. Jen Reid was at the previous protest on 07 June which was in protest for the memory of George Floyd, a black man who was killed on May 25, 2020 in Minneapolis in the US by a white police officer kneeling on his neck for nearly 9 minutes. The killing of George Floyd has seen widespread protests in the US, the UK and other countries. Photo credit: Simon Chapman/LNP. 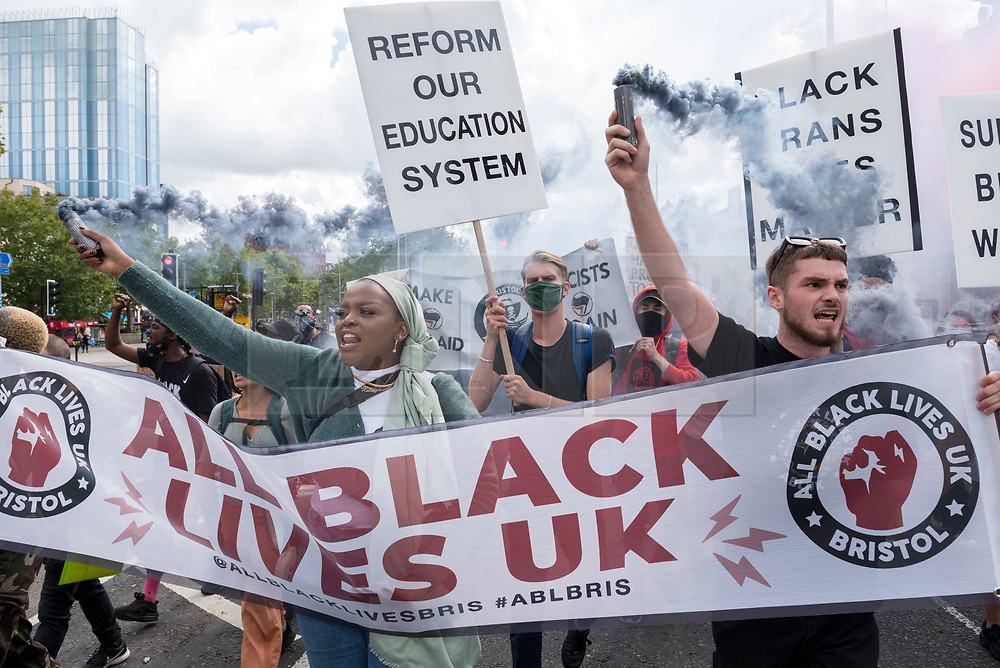