© Licensed to London News Pictures . 29/09/2017 . Torquay , UK . Interim leader STEVE CROWTHER unveils the party's new logo , a lion that is reported to be very similar the the Premier League logo and tagline " UKIP for the nation " . The UK Independence Party Conference at the Riviera International Centre . UKIP is due to announce the winner of a leadership election which has the potential to split the party . Photo credit: Joel Goodman/LNP 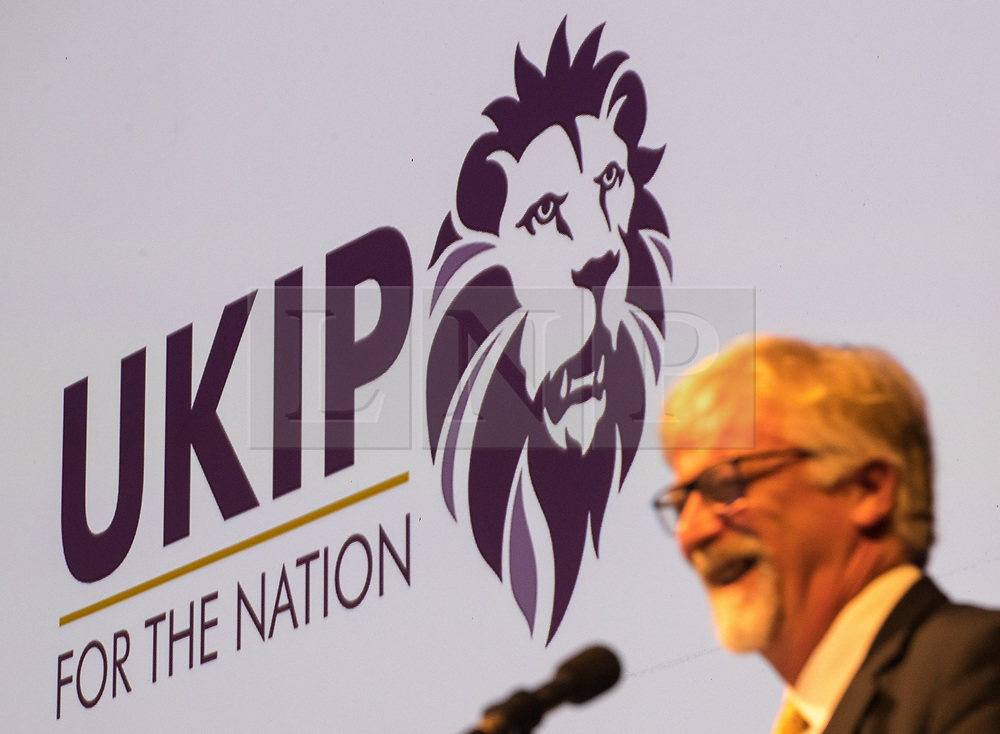