© Licensed to London News Pictures. 09/01/2013..Redcar, Cleveland, England..WORK to install Redcar's windfarm is entering its final stages...The appearance of the two white turbine towers will be the first of a total of 27 turbines on the site...Yellow transition pieces - which link the turbines to the subsea foundations - have been visible for weeks. But now the first white towers are in place, the others are expected to follow rapidly...And on top of the towers will soon go the most visible, distinctive sign of a windfarm - the rotor blades...The hub and blades of the first two turbines will be fitted next, then each turbine will be fully tested and brought into service ahead of electricity generation beginning...Turbines will generate electricity individually as soon as they are commissioned - there is no need to wait for all 27 turbines before power starts being supplied to the grid from the windfarm...The Teesside Offshore Windfarm will be 1.5km from the shore at its closest point. Each turbine will be 80metres tall to its ?hub? where the 93m diameter blades sit, giving an overall height of about 126m...Installation of the turbines is being undertaken with the MPI Adventure, a six-leg jack-up vessel, owned by the Stokesley-based MPI Offshore, and operating out of the Port of Hartlepool supply base...Work on the installation of the remaining wind turbine generators will now continue and, allowing for periods where the weather conditions will prevent construction works taking place, it is expected the erection of all 27 turbines will be completed in the spring....Photo credit : Ian Forsyth/LNP 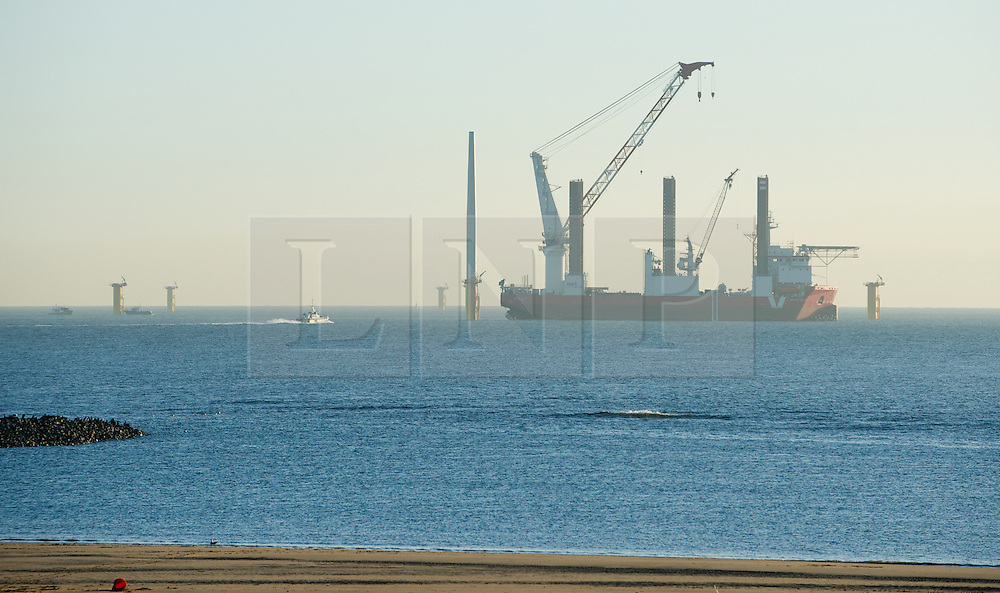