Liar Liar protest at the BBC

© Licensed to London News Pictures. 02/06/2017. London, UK. The band Captain Ska plays their song Liar Liar live as demonstrators gather outside the BBC headquarters in protest against the Corporation for not playing the song "Liar Liar" by Captain Ska on BBC Radio 1. Organised by The People's Alliance, people carried signs bearing an image of Prime Minister Theresa May with the words "Liar Liar" and "You Can't Trust Her" on each side. Photo credit : Stephen Chung/LNP 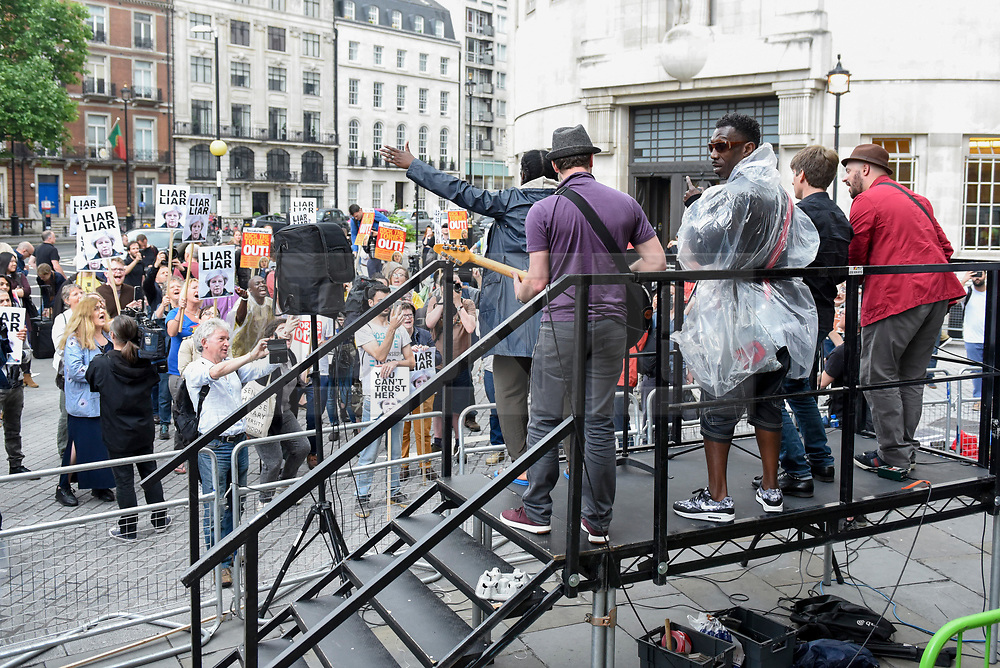