© Licensed to London News Pictures. 23/03/2018. London, UK. An official from the Information Commissioner's Office (ICO) is seen sharing the content of a mobile phone at the London headquarters of data firm Cambridge Analytica after a warrant was granted to search the property. The ICO have just been granted a warrant to allow them to search the office. Cambridge Analytica has been implicated in an investigation into the misuse of Facebook user data to influence the outcome of elections. Photo credit: Ben Cawthra/LNP 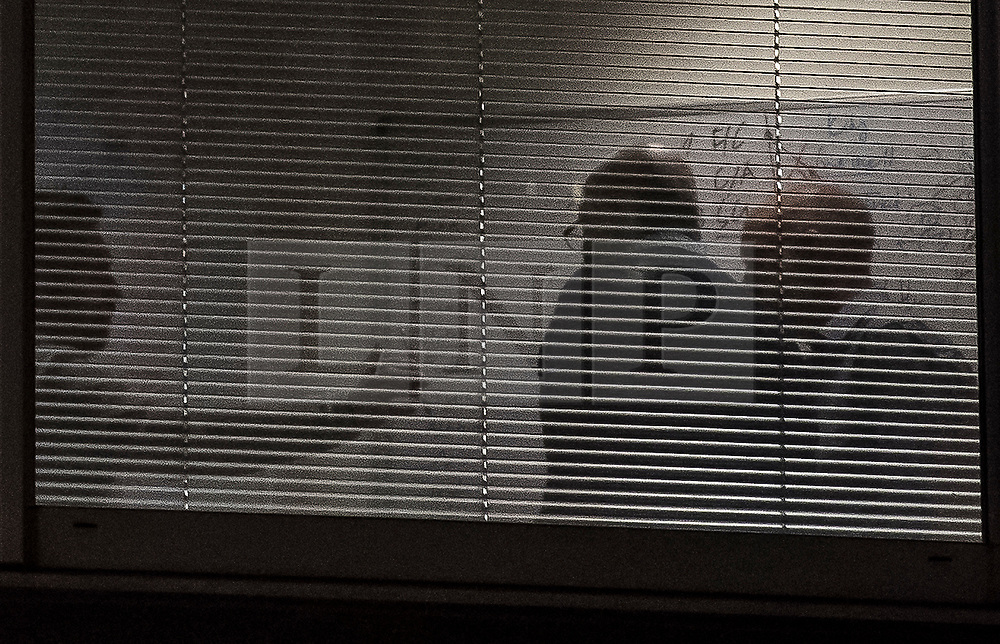