© Licensed to London News Pictures. 04/11/2016. Hamdaniyah, Iraq. A Christian resident of Hamdaniyah, Iraq, uses his mobile phone to take a picture to show damage to the house of a friend in the recently liberated town. The friend, like many residents, is afraid to return to the town due to its proximity to the nearby frontline and the numerous improvised explosive devices and pieces of unexploded ordnance that litter the settlement. 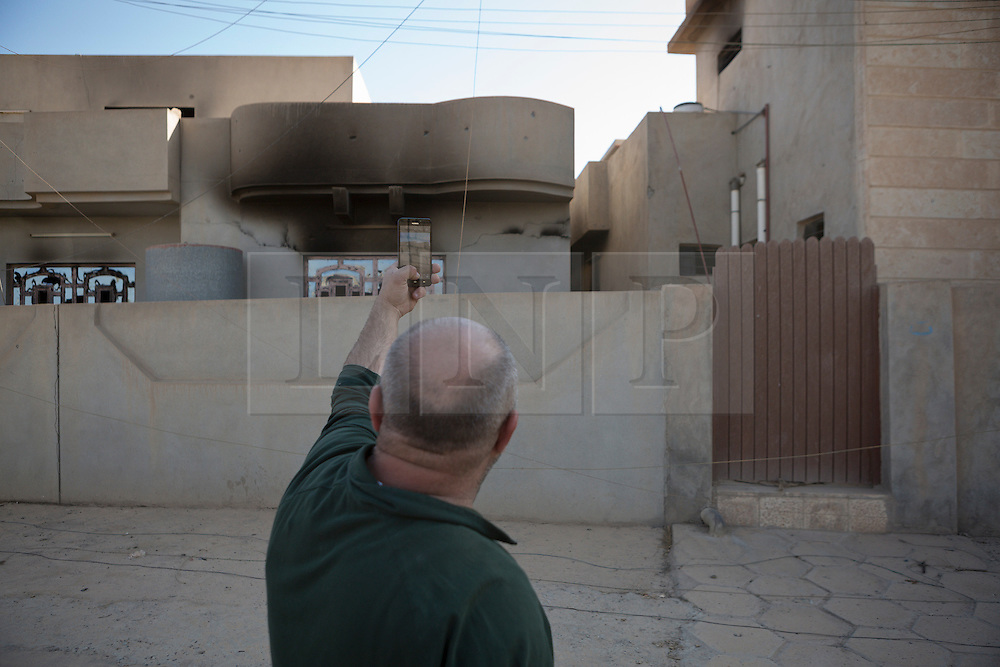