Licensed to London News Pictures. 18/10/2013. North Tyneside, UK, In another milestone for the improving fortunes of the River Tyne's offshore industrial base, Enquest Producer, a 248m, 92,000tonne Floating Production Storage Offshore (FPSO) unit is the largest vessel to arrive on the Tyne for 10 years. She has been towed from Hamburg to Wallsend-based OGN for commissioning before being placed in Enquest's Alma/Galia development which is revitalising the Argyll oilfield. The work on the Tyne is expected to take 8 months and has created a number of jobs.

The vessel arrived under tow and without engines making it a challenging job for the Port of Tyne's team of
Pilots.

Captain Mike Nicholson, Port of Tyne Harbour Master, said: “We have developed a good level of experience in
handling FPSO’s but working with a ‘dead ship’ with no power always requires careful planning.
“Conditions have to be just right, the weather will be critical, we will need winds of force 4 or less with
benign sea and swell. Three of our most senior Pilots will be employed to coordinate five tugs with a total
pulling force of over 400 tonnes.”

Seven oil production wells and two water injection wells will be feeding crude to the EnQuest Producer,
capable of processing 57,000 barrels per day and storing 625,000 barrels (almost 100 million litres) of
crude oil. EnQuest Producer has been undergoing major modification and life extension work at theHamburg
shipyard of Blohm and Voss before being moved to the Tyne for completion.

Enquest Producer will be Located in the central North Sea, 310km south-east of Aberdeen, in water depth of
approximately 80m.

Argyll was first discovered in 1971 and four years later was the first North Sea field to produce oil,
before being decommissioned twice over the subsequent decades. 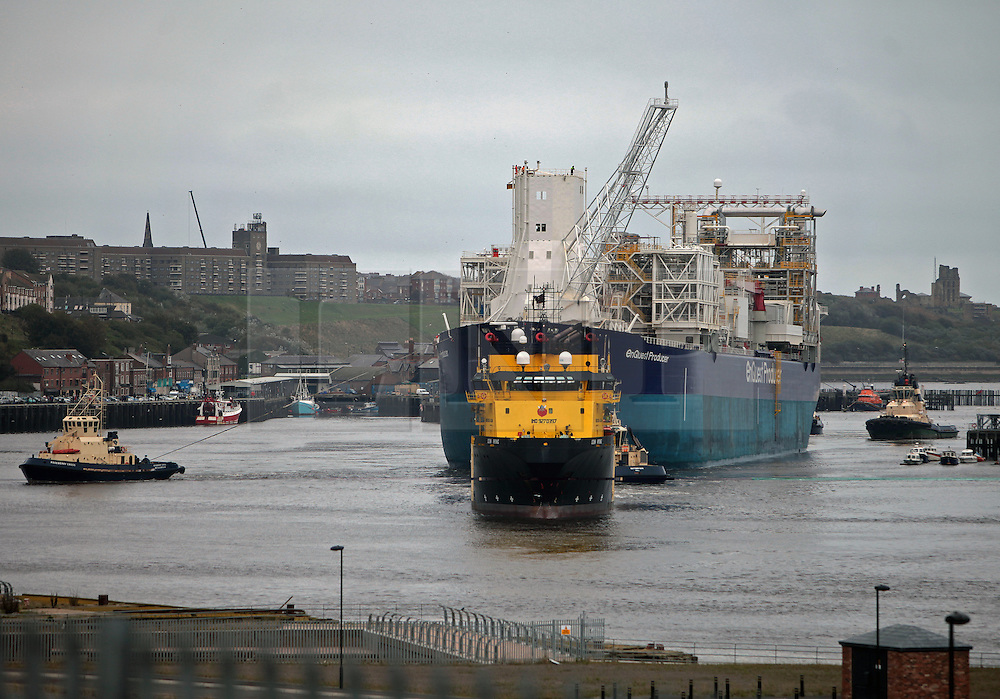