© Licensed to London News Pictures. 26/03/2013. London, UK. A British Museum employee views a fresco recovered from a house in Pompeii destroyed in the Pompeii disaster at a press view for a new exhibition at the museum in London today (26/03/2013). The exhibition, entitled 'Life and Death: Pompeii and Herculaneum', runs from the 28th of March to the 29th of September 2013 and looks at life in the Bay of Naples before and a the time of the catastrophic eruption of Mount Vesuvius; which buried the Roman towns of Pompeii and Herculaneum over 1600 years ago. Photo credit: Matt Cetti-Roberts/LNP 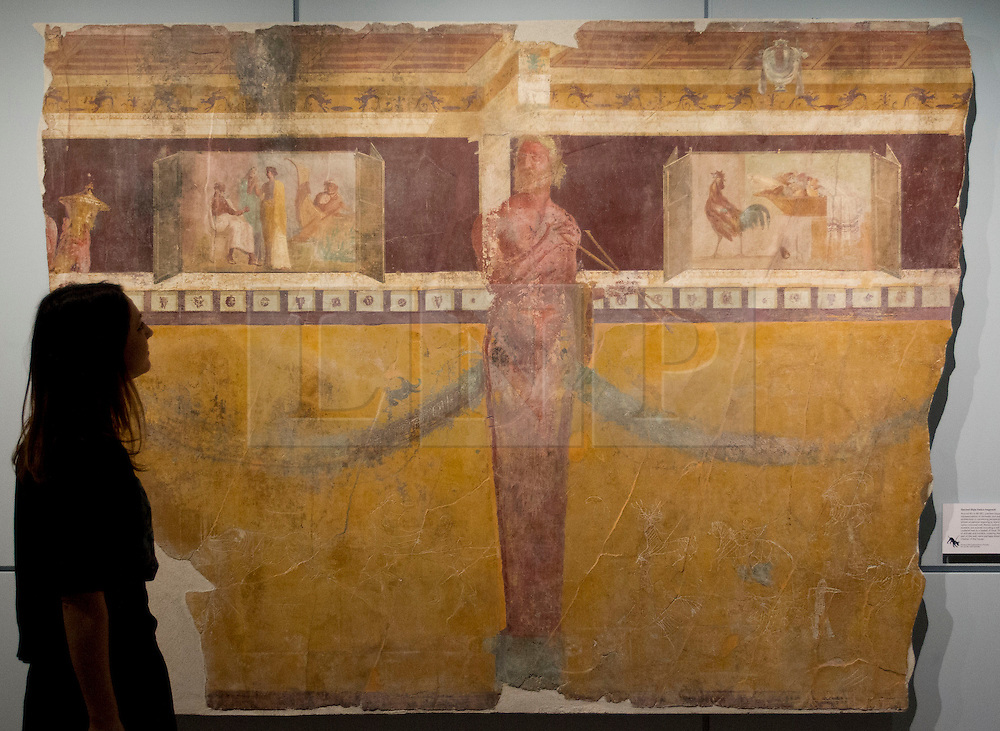