© Licensed to London News Pictures. 22/07/2012. London, UK. Jools Holland and his Rhythm & Blues Orchestra performs live for BT's River of Music at the Europe stage, Somerset House. In this pic - Ruby Turner. Ruby Turner is a Jamaican R&B and soul singer, songwriter and actress. She is best known for her albums and single releases on both sides of the Atlantic, and has sung backing vocals for others such as Bryan Ferry, UB40, Steel Pulse, Steve Winwood, Jools Holland and Mick Jagger, as well as writing songs that have been covered by many artists including Lulu, Yazz and Maxi Priest. Photo credit : Richard Isaac/LNP 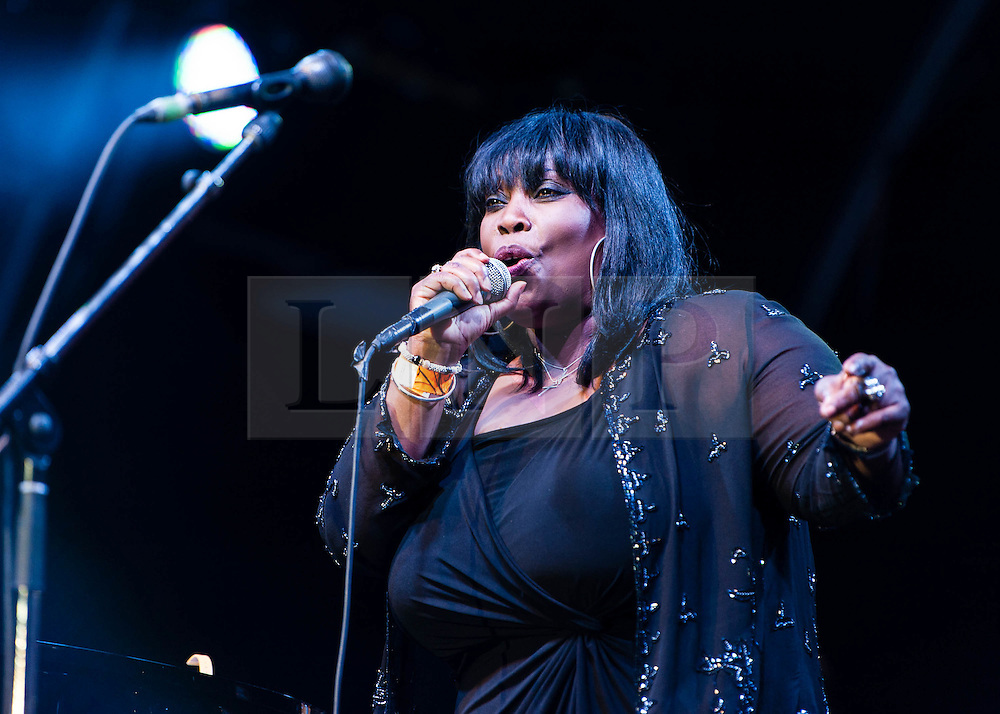