© London News Pictures. 04/09/2013. London, UK. A reporter from a television crew shades his eyes from the light as a camera man films the suns light as it reflects off 20 Finchurch Street in the financial district of central London. The building, which has been named unofficially the 'Walkie Talkie' building because of its shape, intensifies the suns light and reflects it onto the street below. There have been reports of damage to vehicles and local shops caused by the heat of the reflected light. Photo credit: Ben Cawthra/LNP 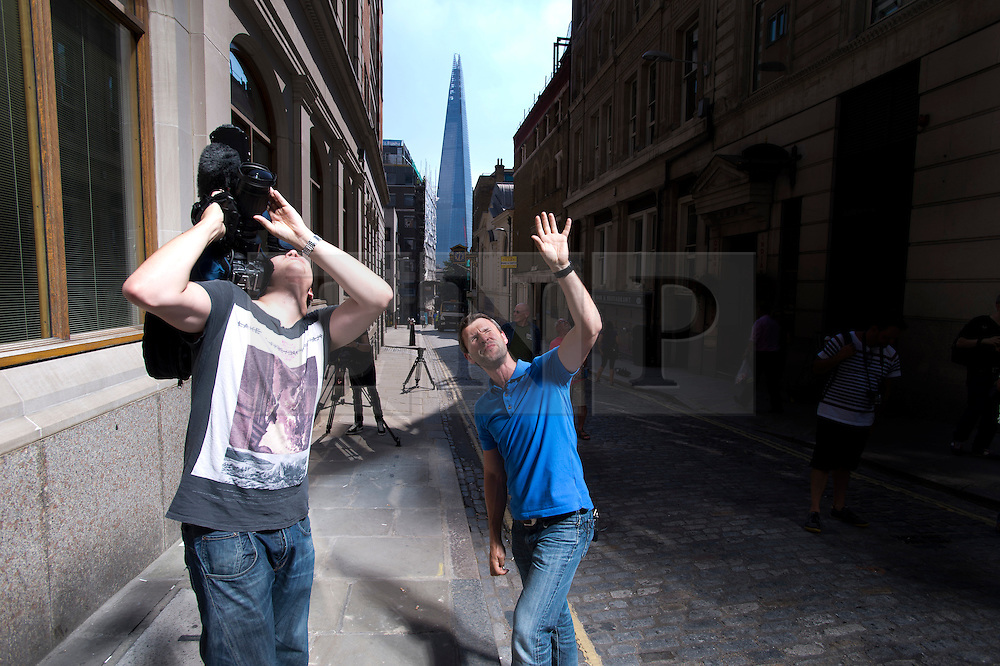