© Licensed to London News Pictures. 13/03/2021. LONDON, UK. A police van believed to be carrying Wayne Couzens, 48, a serving Met Police officer, departs Westminster Magistrates' Court after he was charged with the kidnap and murder of Sarah Everard, who disappeared as she walked home in south London. The 33-year-old's body was found in woodland in Kent more than a week after she was last spotted on 3 March. Photo credit: Stephen Chung/LNP 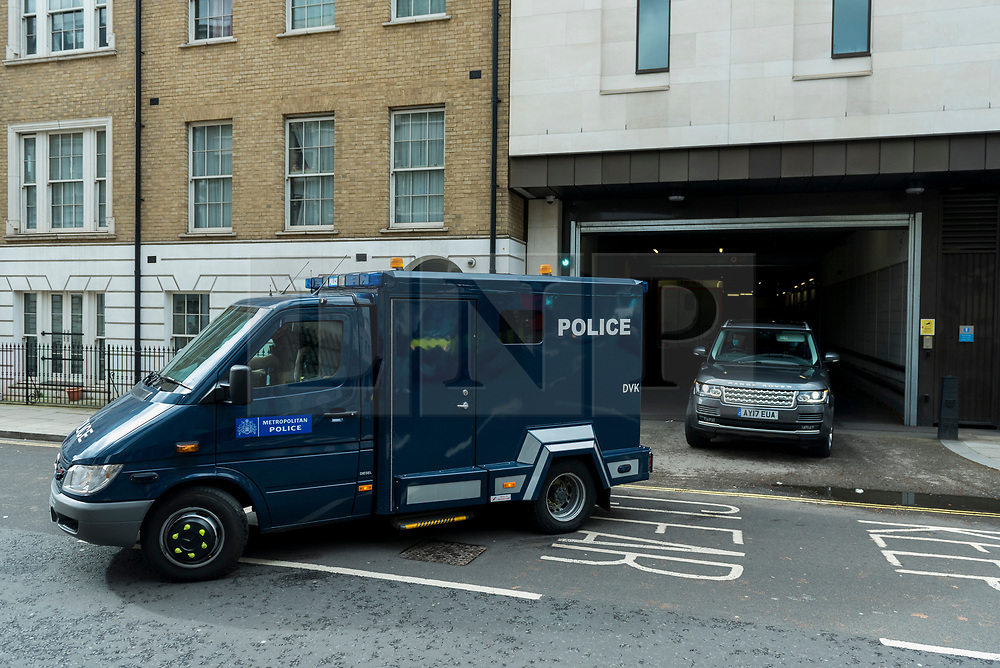