© Licensed to London News Pictures. 18/09/2016. Portsmouth, UK. Spectators and organisers look after the score board. Teams take part in the Bramble Bank Cricket Match in the middle of The Solent strait on September 18, 2016. The annual cricket match between the Royal Southern Yacht Club and The Island Sailing Club, takes place on a sandbank which appears for 30 minutes at lowest tide. The game lasts until the tide returns. Photo credit: Ben Cawthra/LNP 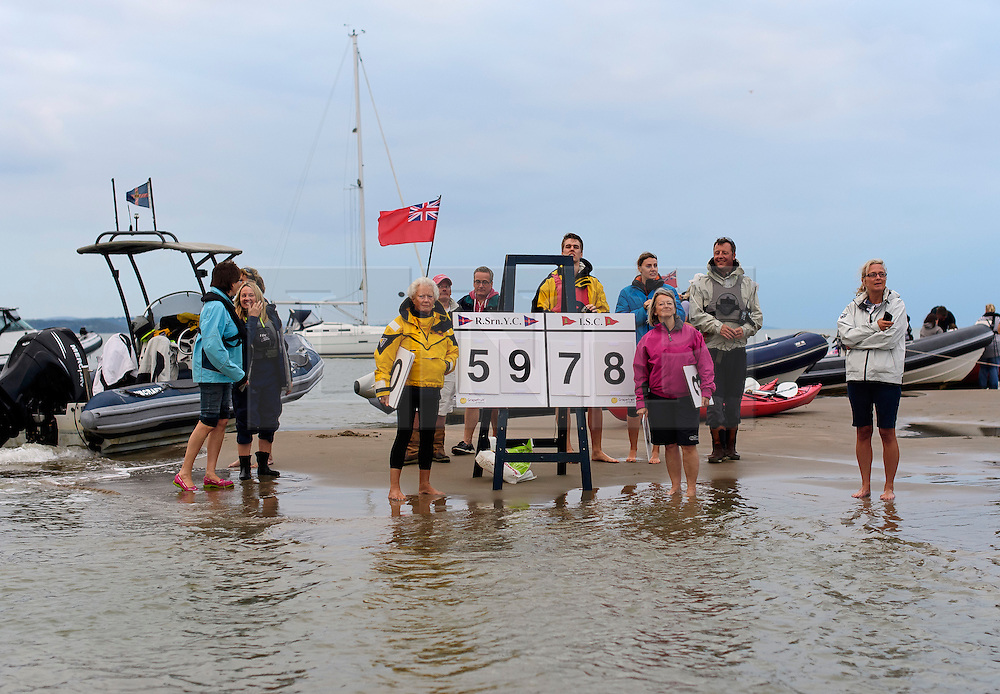