© Licensed to London News Pictures. 13/03/2013. Duxford, UK Charlotte Quinn a visitor to RAF Duxford RAF Duxford looks at a "window on the past' , transparencies displaying archive photographs against the backdrop of the real airfield. Press preview today 13th March 2013 of "Historic Duxford" designed to explore the RAF's time at the airfield from 1918 to 1961. RAF Duxford is Britain's best preserved Second World War Airfield with a history that dates back to the First World War. The exhibition opens to the public on the 28th March. Photo credit : Stephen Simpson/LNP 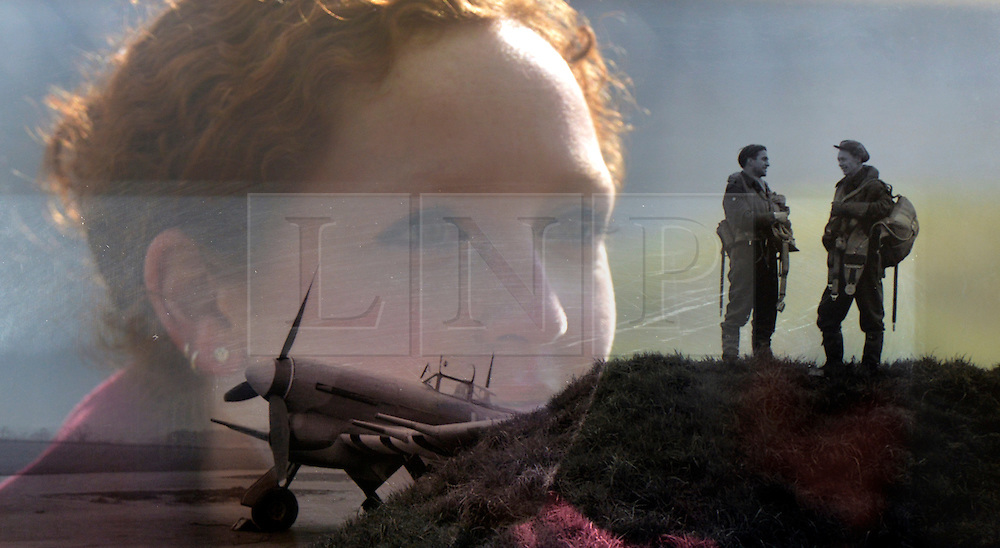