© London News Pictures. 17/06/2015. BELGIUM.
His Royal Highnesses The Prince of Wales thanks Lieutenant Colonel Simon Soskin for his part in organising the event... 200 years since the eve of the Battle of Waterloo, Their Royal Highnesses The Prince of Wales and the Duchess of Cornwall attended a special ceremony at Hougoumont Farm, the Belgian Farm Wellington claimed was instrumental in his victory. Photo credit: Sergeant Rupert Frere/LNP 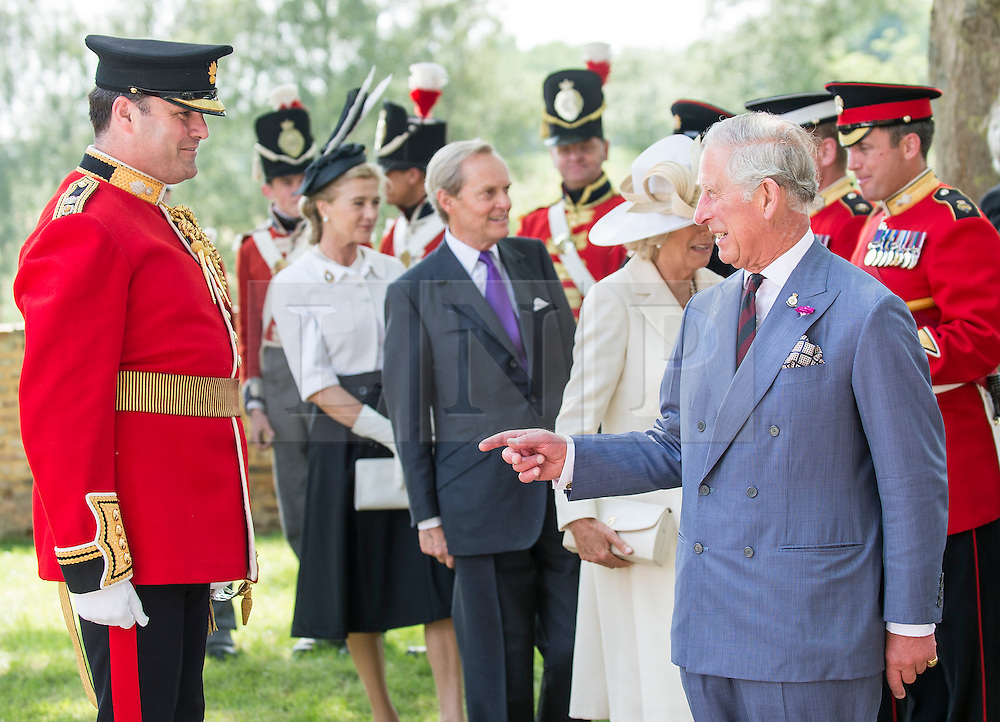