© Licensed to London News Pictures. 03/06/2014. HMS Bulwark has left London after a five day visit to the capital. The flagship of the Royal Navy had been moored at Greenwich since last week and was in London to mark the 350th anniversary of the Royal Marines. She departed at sunrise this morning, under a sudden burst of sun, before the sky clouded over for a grey morning in London. As she left, she passes landmarks such as the O2, Canary Wharf, the Thames Barrier and Dartford Bridge. She now heads to Southsea for a capability demonstration before sailing to Normandy for D-Day commemorations. Credit : Rob Powell/LNP 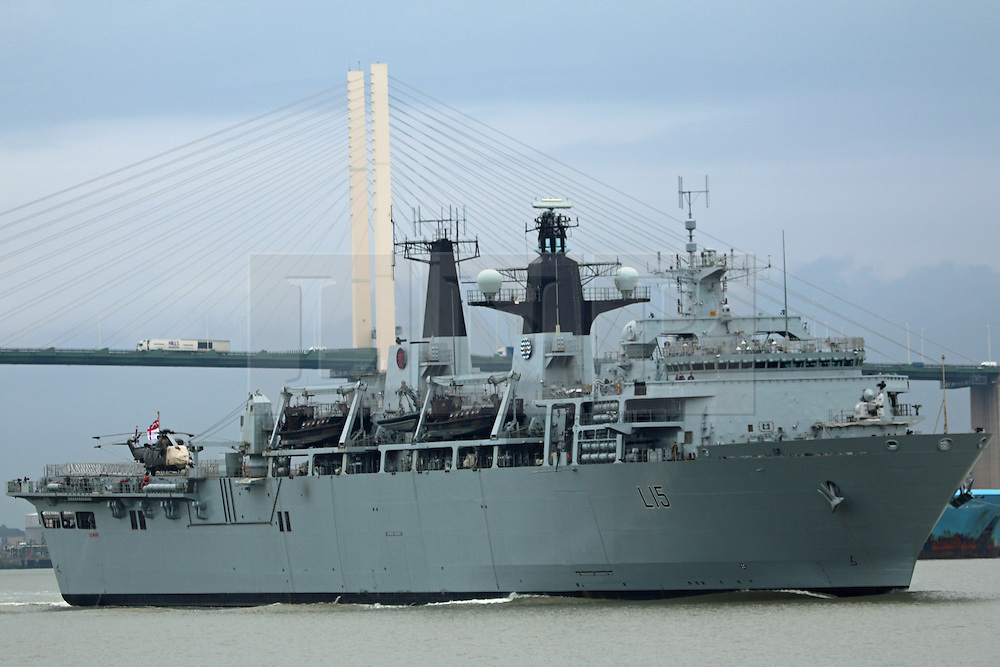