© Licensed to London News Pictures. 27/06/2015. Witney, Oxfordshire. The guitar that Liberty played. 3000 attended the very first Lib Fest that took place in memory of Witney schoolgirl Liberty Baker who was killed on the way to school by 18 year old driver Robert Blackwell. PAUL BAKER, the father of Liberty was accused by Police of harassing the Blackwell family and was due in front of magistrates, but it was dropped at the last minute. Photo credit : MARK HEMSWORTH/LNP 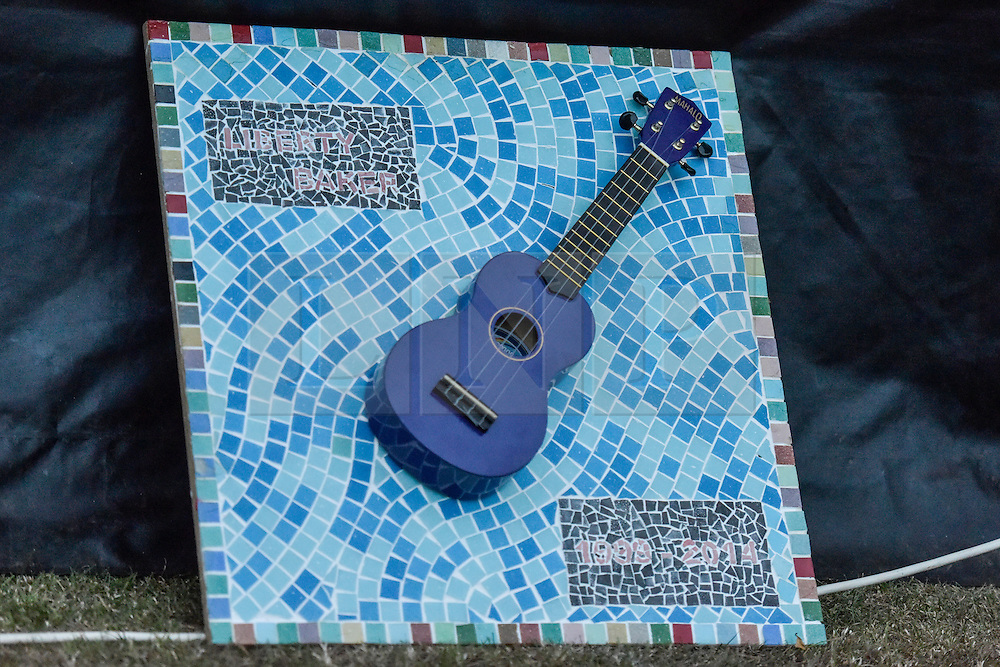