© Licensed to London News Pictures. 06/10/2013. Carhampton, Somerset, UK. Members of the Somerset badger patrol at Carhampton, on the final patrol as the cull comes to an end in Somerset. Campaigners against the cull went on patrol looking for dead or wounded badgers on public footpaths and roads. The Government has licensed a pilot badger cull in parts of Somerset and Gloucestershire as part of efforts to reduce bovine tuberculosis in cows on farms. 06 October 2013.
Photo credit : Simon Chapman/LNP 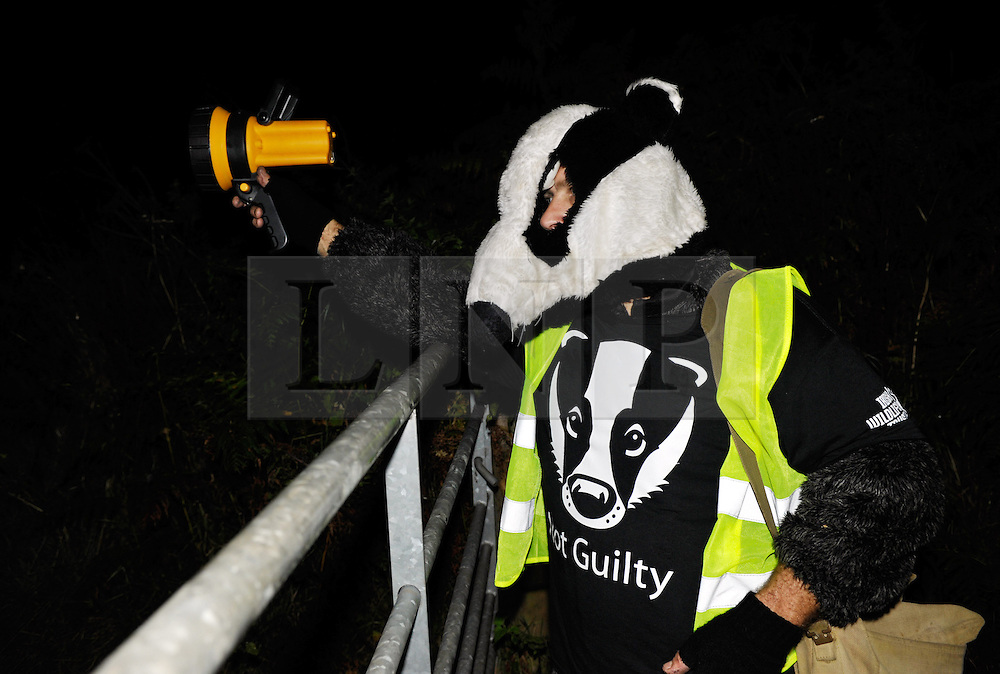