© Licensed to London News Pictures. 11/09/2011. London, UK. Police scuffle with and detain an EDL protester trying to confront Muslims Against Crusaders protesters on Edgware Road as MAC are lead back to the Regents Park Mosque following their demonstration Radical Islamist group, Muslims Against Crusades, hold a protest outside the US Embassy in Grosvenor Square, London, on the 10th anniversary of the September 11th terrorist attacks on America. A counter-protest was held at the same time by the English Defence League. Photo credit : Joel Goodman/LNP 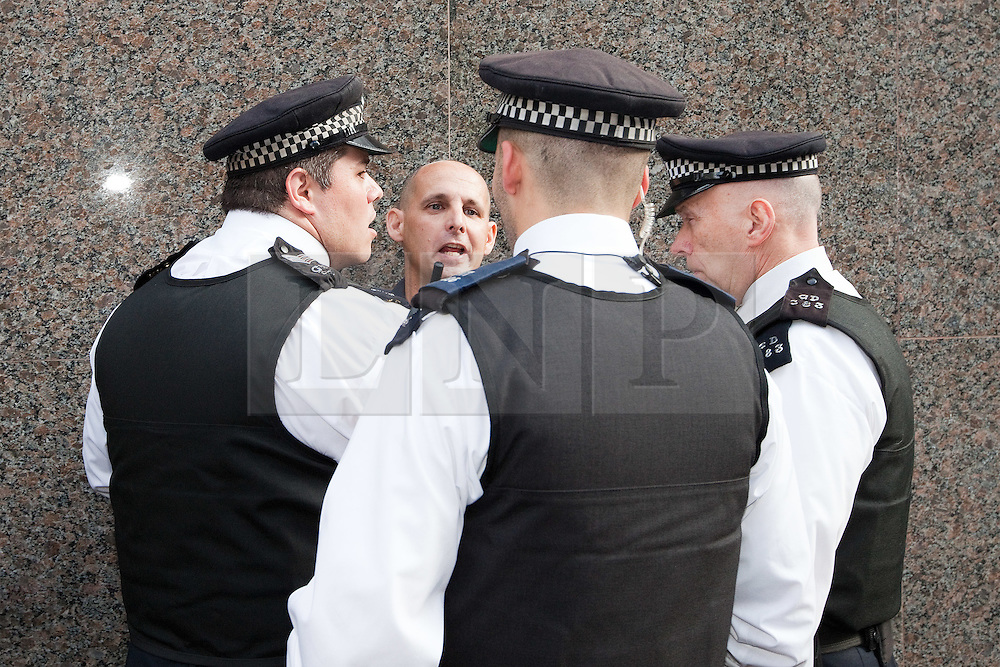