© Licensed to London News Pictures . FILE PICTURE DATED 09/08/2011. Manchester , UK . Police detain notorious gangster and now reality TV star , Domenyk Noonan ( with bald head , lying face down to left of policeman in centre ), along with members of his gang , during looting in Manchester City Centre . He was recorded talking to people and walking amongst looters as they looted shops in the city's Northern Quarter . It has been reported that Mark Duggan , whose shooting is widely felt to be one of the triggers for the riots , was indirectly related and known to Noonan . Following a first night of riots and looting in Tottenham , rioting and looting spreads to other cities in England . Photo credit : Joel Goodman/LNP 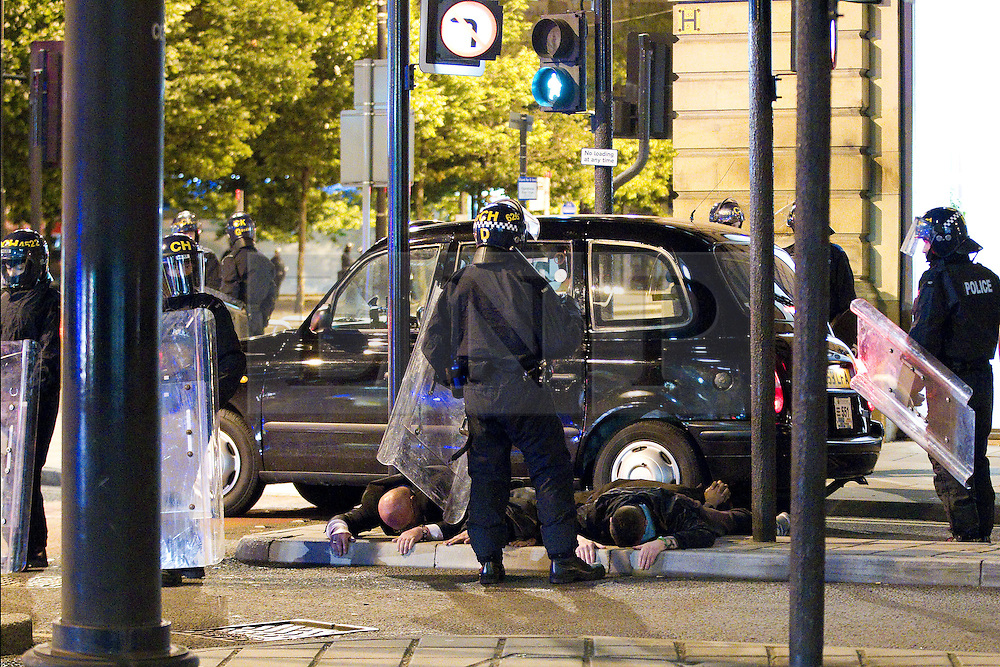