Licensed to London News Pictures. 11/11/2016. Mosul, Iraq. A soldiers, belonging to the Iraqi Army's 9th Armoured Division, talks to a young boy who is asking for food during a visit to Mosul's Hay Intisar district on the south east of the city. The district was taken by Iraqi Security Forces (ISF) around a week ago and, despite its proximity to ongoing fighting between ISF and ISIS militants, many residents still live in the settlement. 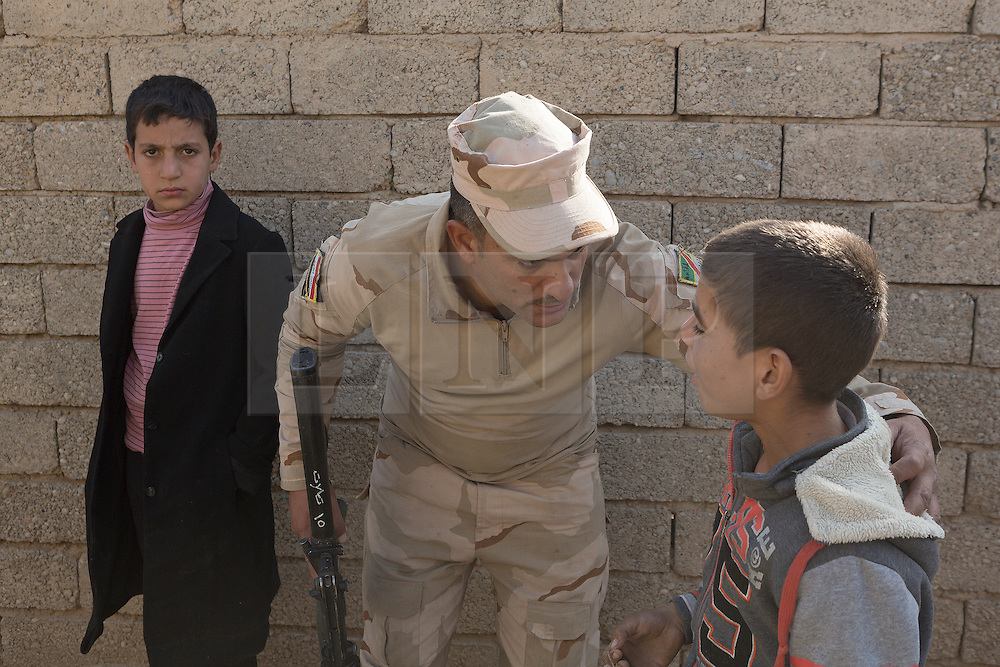